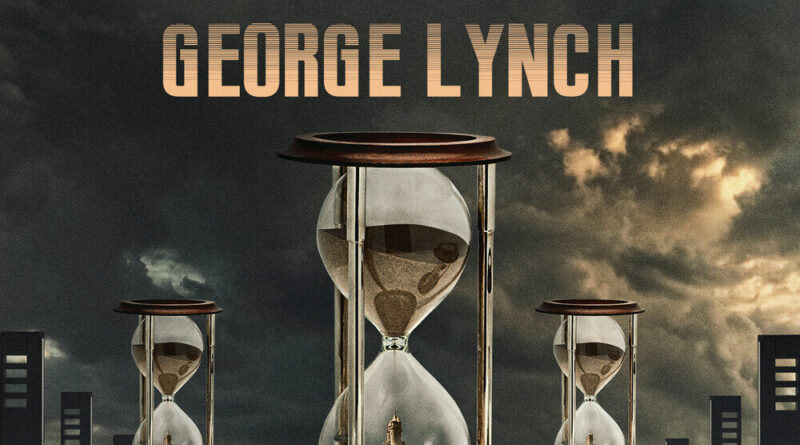 Let’s be honest, guitar fans: Is there such a thing as too much George Lynch?

Can one ever get enough “Mr. Scary,” the six-string phenom who, along with names such as Warren DeMartini and Jake. E. Lee, helped define an entire genre of music?

The answer is no. And yes. 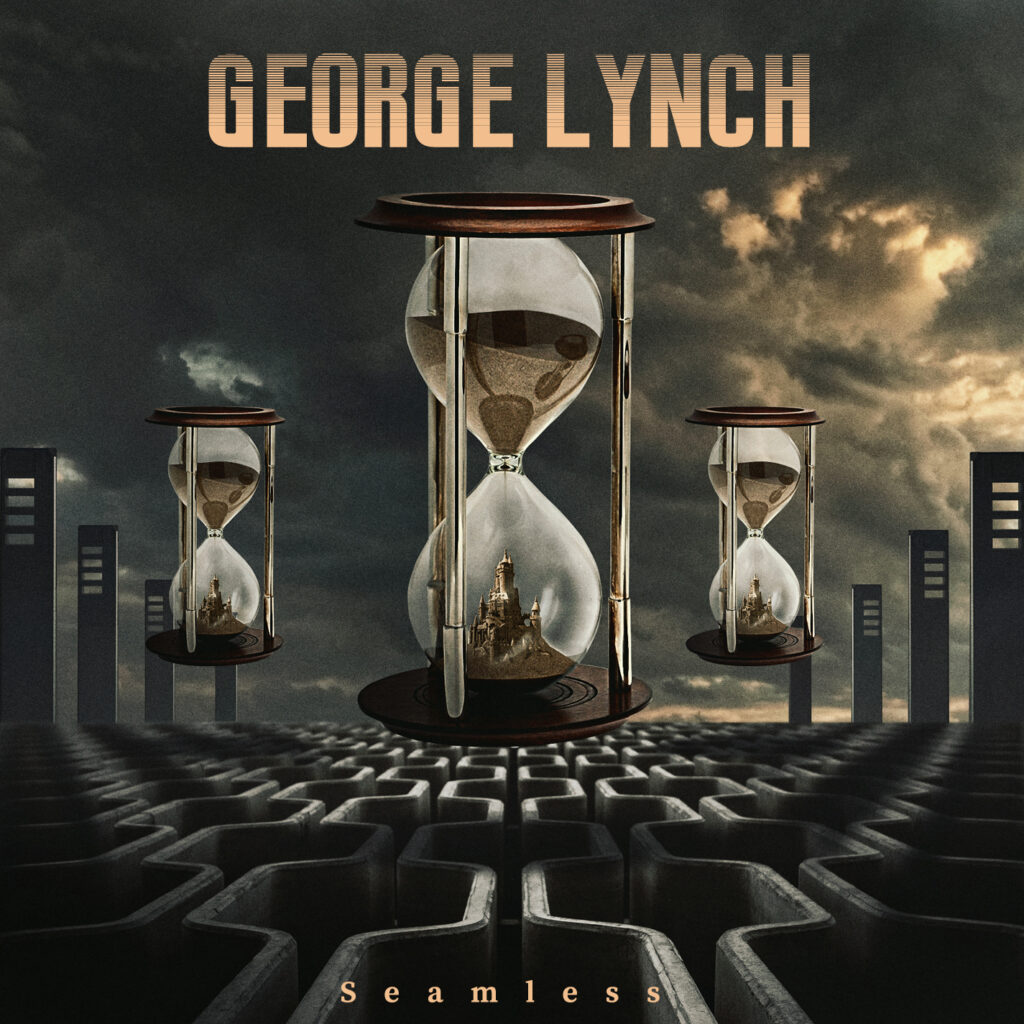 Yes in that Lynch has become a man without a singular home and thusly has been spreading himself across a number of projects and styles in recent years. He’s no longer devoted to Dokken and Dokken only. Hasn’t been for decades. Same for his follow-up venture, Lynch Mob. Whether it’s out of a need to continue to create fresh art, a necessity to pay the bills, or a combination of both, Lynch is seemingly showing up around every corner, be it KXM, Sweet & Lynch; The End Machine; or any of his other dozen projects.

Then again, is that REALLY a bad thing? No. In a world that has quickly become of the “all or nothing” nature, we’ll take the former. And so we listen, patiently, and hope we never get bored of that trademark Lynch sound that has yet to be matched, now 40 years down the road.

On Aug. 20, Lynch bestowed upon us yet more new music with the release of his latest solo album, “Seamless,” (Rat Pak Records) featuring nine brand new tracks, and three of the bonus variety. Lynch says the record is an “attempt at creating a guitar driven instrumental record that delivers something outside the realm of what most people would expect from a guitar instrumental record coming from a semi-redeemed 80’s hair shredder.”

Sounds good. But does he deliver? Without sounding like a broken record, yes. And no.

One can’t help but smile when the funky stomp of “Cola” lights up. Bassist Eric Loiselle and drummer Jimmy D’Anda canvas a monster of groove for Lynch to paint upon, and he does with expertise. D’Anda and Loiselle are given ample room to shine on the album, too, which can be a difficult thing to do when playing with one of the world’s elite guitarists. But Lynch isn’t afraid of letting the rhythm section shine. He’s been around long enough to know that, without a foundation, nothing can be built.

“Death By A Thousand Licks,” is a six-string tour-de-force. While it may clock in at just under three minutes in length, the uptempo piece is a veritable cornucopia of shred. A shot across the bow? Maybe. Beautifully bombastic nonetheless.

“Octavia” opens with a nice acoustic guitar section with some tasty clean licks by Lynch before veering onto a heavier, almost 90s-sounding, Soundgarden highway. Through it all, though, he manages to keep the Lynch stamp on it. It’s all in the hands, man.

The album hits it sonic apex with the 1-2 combination of “Supersonic Hypnotic Groove Thing” and its follow-up, “Falling Apart.”

“Supersonic Hypnotic Groove Thing” is a highlight of the album with its raw production and big main riff that sounds like it could be a bastard brother of something from Led Zeppelin’s catalog. Behind it though, Lynch effectively uses some interestingly space-like guitar tones, bouncing back and forth with distorted and clean sounds very effectively. 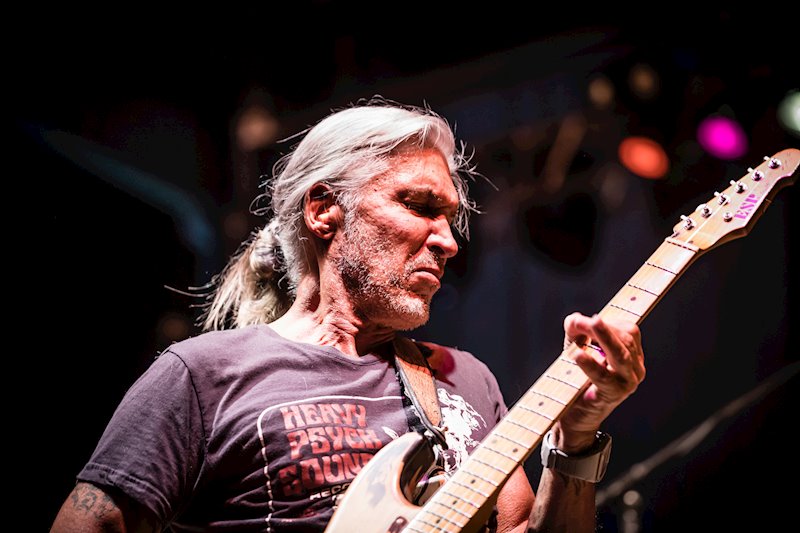 For fans longing for that ever-so-catchy Dokken-esque melodic sense that put Lynch on so many guitar pedestals in the 1980s, fear not — “Falling Apart” will more than fill that need. The song’s simplistic arrangement is a stark contrast to the rest of the album — but a welcomed one as well. The chorus melody is, well, perfect. So much so, in fact, that “Falling Apart” may be the best instrumental Lynch has committed to record.

Two of the three bonus tracks — “Blue Light Effect,” “House of Eternal Return,” — are of the standard, mid-tempo stomp variety, but the album’s closer and final track, “The Weight,” features a heavy-as-hell, blues-based foundational riff, that couples perfectly with Lynch’s sparse but memorable vocal line melody line that gives the tune balance.

The strike against “Seamless” is its production value at times. Distorted backing tracks on songs such as “TJ69” pull the listener’s attention from Lynch’s excellent guitar work. It’s dirty-sounding in places, and too caustic in others. Maybe it was by design, who knows? What we do know is “Seamless” is one of those albums you have to sit with for awhile to take it all in. And the longer you let your musical palette absorb the album’s many nuances, the better it gets.

The irony of “Seamless” is that it isn’t. And that’s just fine. 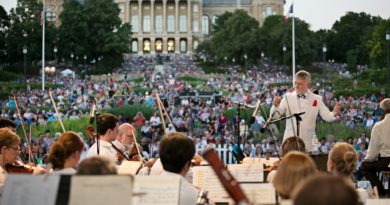 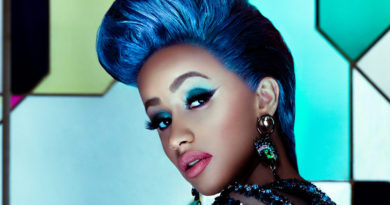 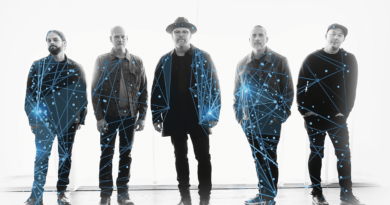