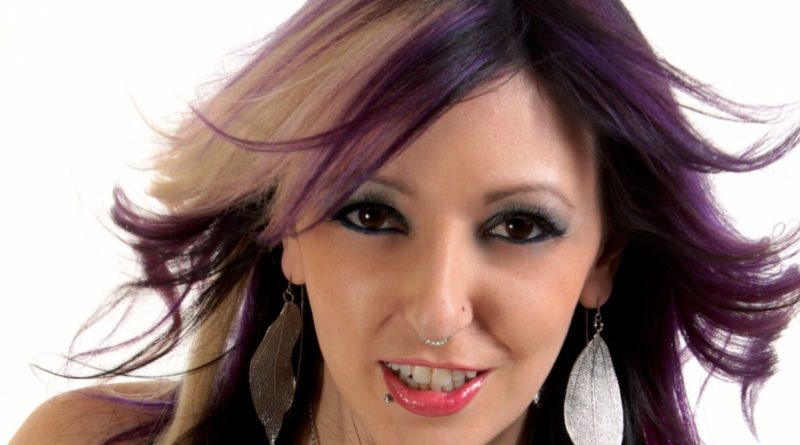 Since making her first television appearance at the age of 7, Melbourne, Australia native Melissa Jane Dichiera has had a knack for remaining in the spotlight.

Whether it’s hosting the T.V. show “X-Beyond Surf” on ESPN International, starring on VH1’s “Rock N Roll Fantasy Camp Season 2,” or fronting one of her three bands, Lady Zep (Led Zeppelin tribute band), Final Gravity or SYNN, being the center of attention is nothing new. 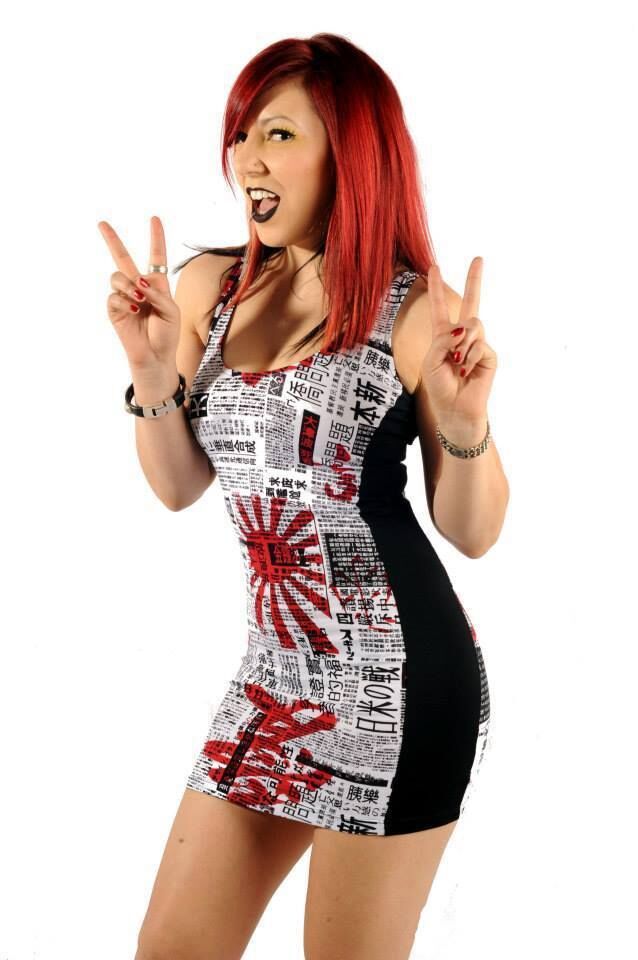 Dichiera’s current focus is on Final Gravity, though, an all-original progressive rock band with a full-length album set to drop on 2019.

Dichiera took some time to sit down with ListenIowa and talk about the new album, other projects, and even opined on Led Zep sound-alike Greta Van Fleet.

LI: Final Gravity seems to be your focus at the moment. The first single, “No Love,” has a lot of texture to it.
MJD: Yeah, it’s the most meaningful song. We thought the message was strong and prevalent then, and had no idea it would get more so as time went on. We’re not sharing our compassion and caring. We shouldn’t do that. We need to have a lot more love.

LI: “Sincerely Satan” has a great 80s guitar riff.
MJD: That song came to me around 20 years ago. I wrote almost all the lyrics at that time. It just unfolded. Nothing evoked it. The musicality of the song was to evoke the story, which is about battling your demons. Wanting everything, but not realizing what it will cost you.

LI: And all of this is coming together as you’ll be releasing a new album, “Surviving Humanity,” in September.
MJD: Yes. It’s done for the most part, and we’re just doing tweaks and mixes right now. Essentially what we’re doing right now is releasing one song per month. There are a total of eight songs, but because they’re sort of progressive rock in style, the album is a full hour. I’m really proud of Final Gravity and its musicality. Everything I do with them is a really proud moment. This is my greatest work.

LI: Having John Kuzweg (Creed, Godsmack) involved has to be exciting.
MJD: Yeah, he’s amazing. He has such a wonderful way of being able to bring additional life to a song. He knows how to get those little nuances in there. It’s so exciting to complete a song and hand it to him to see what he can do. It just blows us away.

LI: There was no one else there?
MJD: Nope. I did the whole thing from start to finish by myself. That’s why you see the movement with the cameras, because of the effects I would use to make it look like there is something with the camera. I wanted to just do it without being held back. I’m a go-getter. Other people tend to sit on ideas. I don’t. “Guardian” is essentially calling for strength and help when you’re in turmoil. The different characters in the video are sort of like the different guardians you can call upon, but they’re also your personalities. Some of them can be a little evil, and some can be more caring and compassionate. Others can be a bit more playful or energetic.

LI: Where is SYNN right now?
MJD: We’re actually filming a music video this Sunday. It’s a cover of “Bodies,” by Drowning Pool. That will launch the next round for SYNN. We’ll have a 3-song EP, kind of just to get the ball rolling.

LI: The biggest thing you’re involved in is Lady Zep, the Led Zeppelin tribute act, who you’ve been with since 2009.
MJD: I actually grew up more with Jimi Hendrix, but I learned about 20 Led Zeppelin songs, and it was such an incredible experience that it made me more intrigued about the band. I had no idea about the diversity and talent. I have fallen in love with them the last 10 years, and they’ve become quite influential. That project originally didn’t pan out, but that’s how I met my current drummer. We’re a tight knit group, a family. We’re just lucky we get to play Led Zeppelin songs and hang out together.

LI: Are there any high points during the set that you particularly enjoy vocally?
MJD: “Lemon Song” is a really fun one to do as a full band. “How Many More Times” is pretty cool. We do a rendition of “Whole Lotta Love” where we segway into “Moby Dick” and then our drummer does an epic drum solo. It’s about a 10-minute song, but it’s fun and a real crowd pleaser. 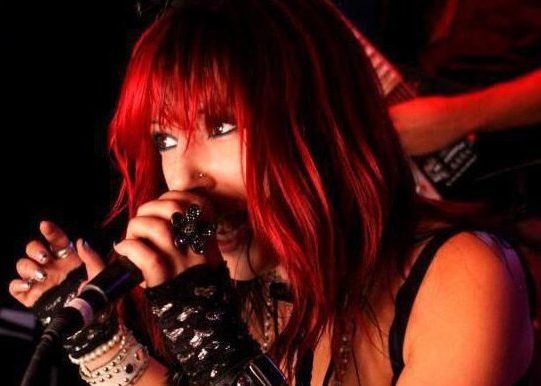 LI: Some of the larger tribute acts are actually making a living out of it and touring across the country and overseas. Do you see Lady Zep doing that at any point?
MJD: We’re at a point where we do want to travel more. We do a lot of festivals out here in California, and big stage shows, but I want to take the band to Australia. I know there’s a market there. We also want to go to Eastern Europe because our guitarist has some connections out there. But then a general tour across the United States would be amazing.

LI: Speaking of “tribute bands,” what’s your take on Greta Van Fleet?
MJD: I’m of two minds about them. I know that my bass player loves them, and I think they’re good, but I also think they need to have a little more originality — a bit of their own sound. It’s one thing to be influenced, but you don’t want to become too mimicky. I know they’re young, and I hope as they grow as musicians they’ll get a bit more of their own kind of influence and feel, where they’re not just trying to be another Zeppelin band. Even being in a Led Zeppelin tribute band, I don’t try to sound like Robert Plant. I take those songs, and I give them my own feel and flair.

LI: You were involved in the “VH1 Rock N’ Roll Fantasy Camp Season 2” reality television show years ago. How was it to rub elbows with some of the biggest names in the business?
MJD: My personal mentor was Matt Sorum (drummer, Guns N’ Roses), and Duff McKagan was another mentor. We had Paul Stanley; Marky Ramone, who played on a song; Phil Collen from Def Leppard, who was such a cool, down-to-earth person. I sang with Sammy Hagar at the House of Blues, and he was amazing, too. Matt was the best though. I got to spend two weeks with him. He invited us to his home, and we did a bit of recording in his home studio. Oh, and I also got to record at Ocean Way with Eddie Kramer, the Led Zeppelin producer. He was really great, too. He had the big gong in his studio. (laughs)

LI: How was Paul Stanley to work with?
MJD: Super quiet. Very introverted. I really didn’t talk to him much at all. When we got onstage, we sang into each other’s faces, and that was it. (laughs) Once we were offstage, he was quiet again. It was kind of an odd experience.

LI: As if that’s not enough, are you working on anything else at the moment?
MJD: I’m trying to putting a licensing thing together as a side project, and I’m also in the process of launching a clothing company with high-end, sheik, edgy, clothing. I like to keep busy. (laughs) 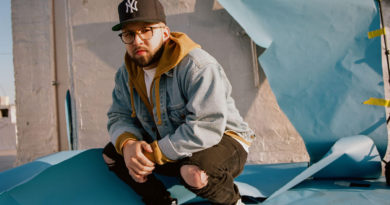 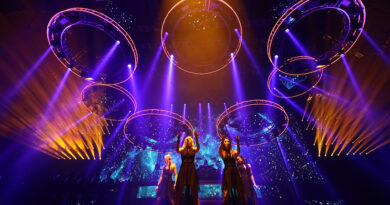 Trans-Siberian Orchestra to kick off tour in Council Bluffs Nov. 17 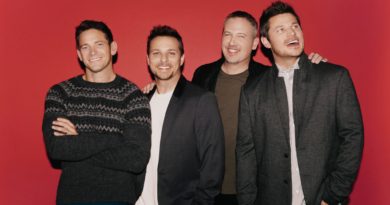 Let It Snow: A Conversation With Justin Jeffre of 98°