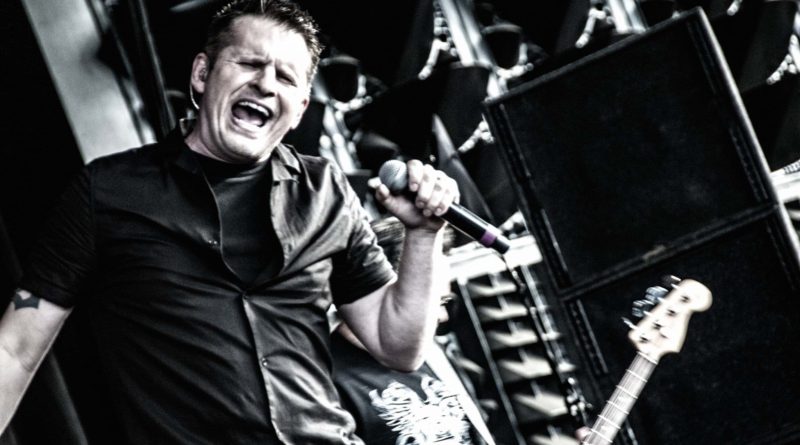 Robert Wax is a realist.

Wax, the smooth-toned vocalist for the Detroit-based indie power pop quartet Crashing Cairo, knows that making a living in the music industry in this day and age can be a struggle at best.

The competition? Many. The dollars? Few. The headaches? Don’t even go there. 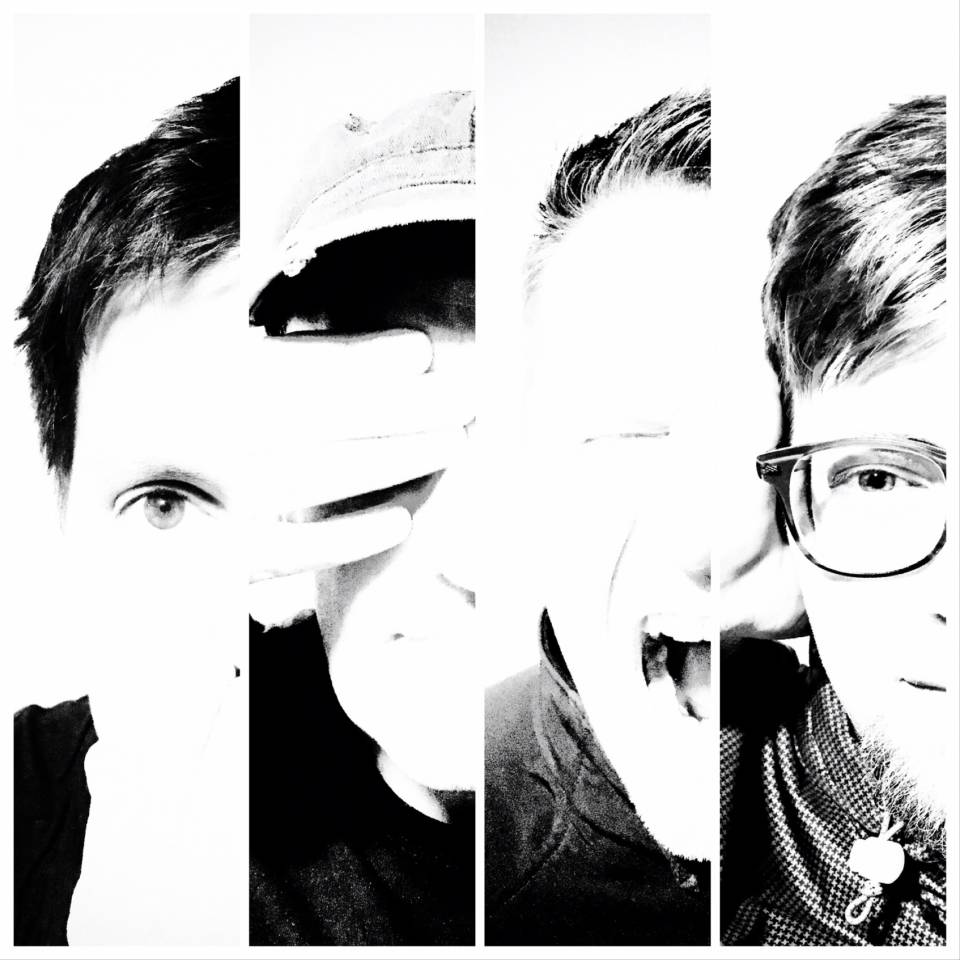 It’s with that in mind that Wax and band mates Joel Cooper (guitar), David West (drums and electronics) and Chris Rosin (bass) are calmly cognizant that any dreams of platinum albums and hefty resultant bank accounts are pretty much just that — dreams. Accordingly, their prize has been more of a real, targeted and singular variety.

“Our vision is to become a one-hit wonder,” Wax said with a laugh during a phone interview.

Don’t misconstrue Wax’s honest approach as being that of a “settler.” The band has the goods, as is displayed during their ballyhooed live shows and the recently-released E.P. “Speeds That Destroy,” a five-song collection that was overseen by two of the best producers in the industry in Peter Katis (The National) and Tim Palmer (U2, David Bowie).

If things take off, great, Wax said. But if not, that’s fine, too. Either way, it’s been an emotional yet enjoyable ride that the band is perfectly happy to ride along with.

“Everyone has careers, but at the same time, we’re able to spend a considerable amount of time with the band, and it puts us in the position of at least going on to the next level for a little while,” Wax said. “Eventually we’ll have to come back to Earth, but it would be great to have just one huge, successful moment.”

Wax spoke with ListenIowa about the band’s highs (opening for classic rock legend Eddie Money in front of 15,000 people) and the lows (having two band members pass away), what it’s like to work with Katis and Palmer, and his love of chickens, of all things.

How did Crashing Cairo come about?
This started as a solo project after I’d been in a series of bands. I was playing acoustic with a looping pedal and a drum machine, but over time I wanted the camaraderie of a band. I was in a band called Cairo and told the other members that we could reuse that name from my old band. Well, they kind of came crashing down on me when I suggested it, and when I told them that, they suggested using the name Crash. So we looked it up and there are 52 Crashes in the U.S. (laughs) So we went with Crashing Cairo.

Your latest EP, “Speeds That Destroy,” was three years in the making, and you had two people pass away during the process. That had to be devastating.
When we began writing the material, we had a drummer who passed away, and that loss, as you can imagine, was tough. The reflection from that changed our focus a little bit. We started thinking about what was important to us and where we wanted to spend our time and energy.

And then you lost a keyboard player as well.
We did. We’ve been around for 10 and consider ourselves a family. To lose one member of the family is a big loss, and one I think we can all relate to. To lose two is pretty life changing. It causes you to re-evaluate everything. You’re carrying a legacy that involves these people. There’s a history there, and you don’t want to let them down or their memory.

Did preserving their memory prevent you from shutting the project down entirely, then?
We did think about stopping, yes. The reality is when something like that happens, you can’t NOT think about it. But I’m happy to say we decided to press on and work hard. The new E.P. is kind of cathartic in a way.

How did you hook up with the likes of big-name producers such as Peter Katis (The National) and Tim Palmer (U2, David Bowie)?
We played some big shows, and when thinking about the album and who would be awesome to produce it, instead of being realistic, I took it a step further and thought, “Who’s NOT realistic?” So I wrote an email to Peter Katis’ studio and sent them some live footage of us. Weeks later, I got a call from London number. It was Sandy Roberton, who is basically an agent to the great producers. I talked to him for well over an hour, and he picked my brain and asked what I felt we were capable of, the direction, etc. He said he’d talk to Peter and would get back to us. Well, they did, and Peter was comfortable doing it, so we moved forward. I couldn’t believe it; it was a dream come true. Peter did “It’s Not Like Life,” and we got it back and were so impressed. It was exactly what we were looking for. Without changing the sound of the band, he really captured what we were trying to do.

How did Tim Palmer enter the picture?
We were ready to do the next song, and I got a call on a fall day. It was Peter saying that he had bad news that he would be doing the next National album and would be wrapped up for six months or more. We offered to wait, but he wanted us to get the music out there, so he said he’d make a call. Sure enough, I got another call from Sandy Roberton. He said, “I got this guy I want you to check out. His name is Tim Palmer.” There are a lot of people in the world, so I didn’t know which Tim Palmer he was talking about. So as we were on the phone, I had my laptop open and looked up “Tim Palmer.” His website came up, and I started reading his credentials. I immediately said, “Let’s do this!” I was blown away. We started working with Tim, and he hit the cover off the ball every time. The first mix that he showed us, we had no notes on it. It was the shortest process we’ve ever been through because we were so blown away by what he was able to do.

You really hit the lottery of producers.
We really did. 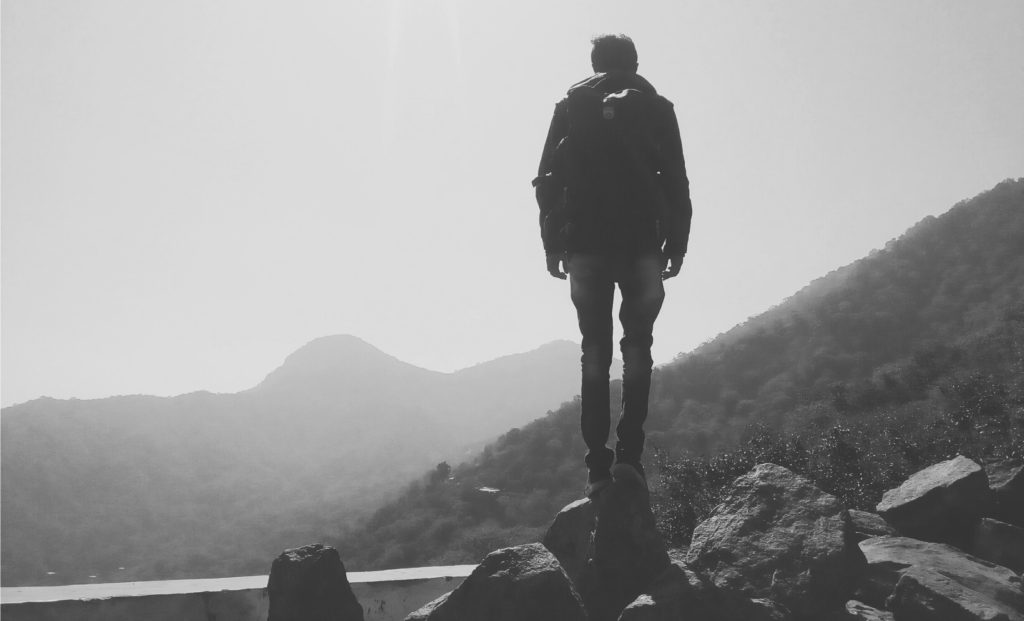 Were you able to send the tracks back and forth over the Internet to save time and money?
We were fortunate to have our own studios, and we were able to put things together and get some rough mixes. Through sending files over the Internet, to meetings over the phone, it saves us. We can listen to the same mix in our studio as they (Katis and Palmer) can in theirs.

Having those guys’ names on your album, does that automatically force you to up your game?
There’s no slacking. (laughs) When you put the finishing touches on a track and nervously send it over to one of these guys, you don’t want to embarrass yourself. It’s humbling. These guys have heard talent. It’s in the back of our minds when we put these things together, and it does get into the brain a little bit.

Totally jumping topics, but I understand you’re a farmer and also an elementary teacher?
I taught special education, then second, fourth and fifth grades. I also have chickens. (laughs) There’s some space up here. We’ve got five acres, a big garden, and some chickens. There’s something to say about getting back to basics. I know it’s kind of weird to have someone who plays the kind of music we do (indie rock), you don’t picture one of the members cleaning out the [chicken] coop and digging eggplant. But it’s a fun experience and keeps you grounded. David, our drummer, is electronically driven. Joel, our guitar player, his thing is the soundscapes that he likes to create with the guitar. Our bass player is on his own planet. (laughs) He’s very physical in his playing. I always joke about tying his feet to his amp to prevent him from taking off.

You don’t take your love of the outdoors to the length of another fellow Michigander with the last name of Nugent though.
(laughs) No, I don’t take it to that level. I’m move of the homesteader who collects the eggs and grows the food.

Is music a career for you guys at this point?
Anybody who plays an instrument wants to be a rock star at some point. We’re at this weird place where we’re getting some success with what we’re doing and feeling good about that. We’re in the in-between place. We’ve got a lot more material that we’re getting ready to release, and we’ve got Tim Palmer producing it, so we’re very excited about what the future has in store. We all have jobs to feed the families and pay the bills, from being engineers, to working in medical sales. It’s interesting to see how each member is approaching it, but it’s working. 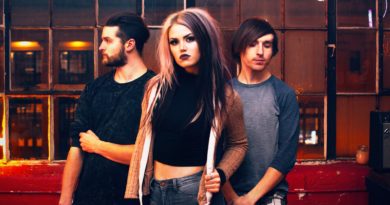 Ahead of the Class: A Conversation with Stef w/ an F of City of the Weak 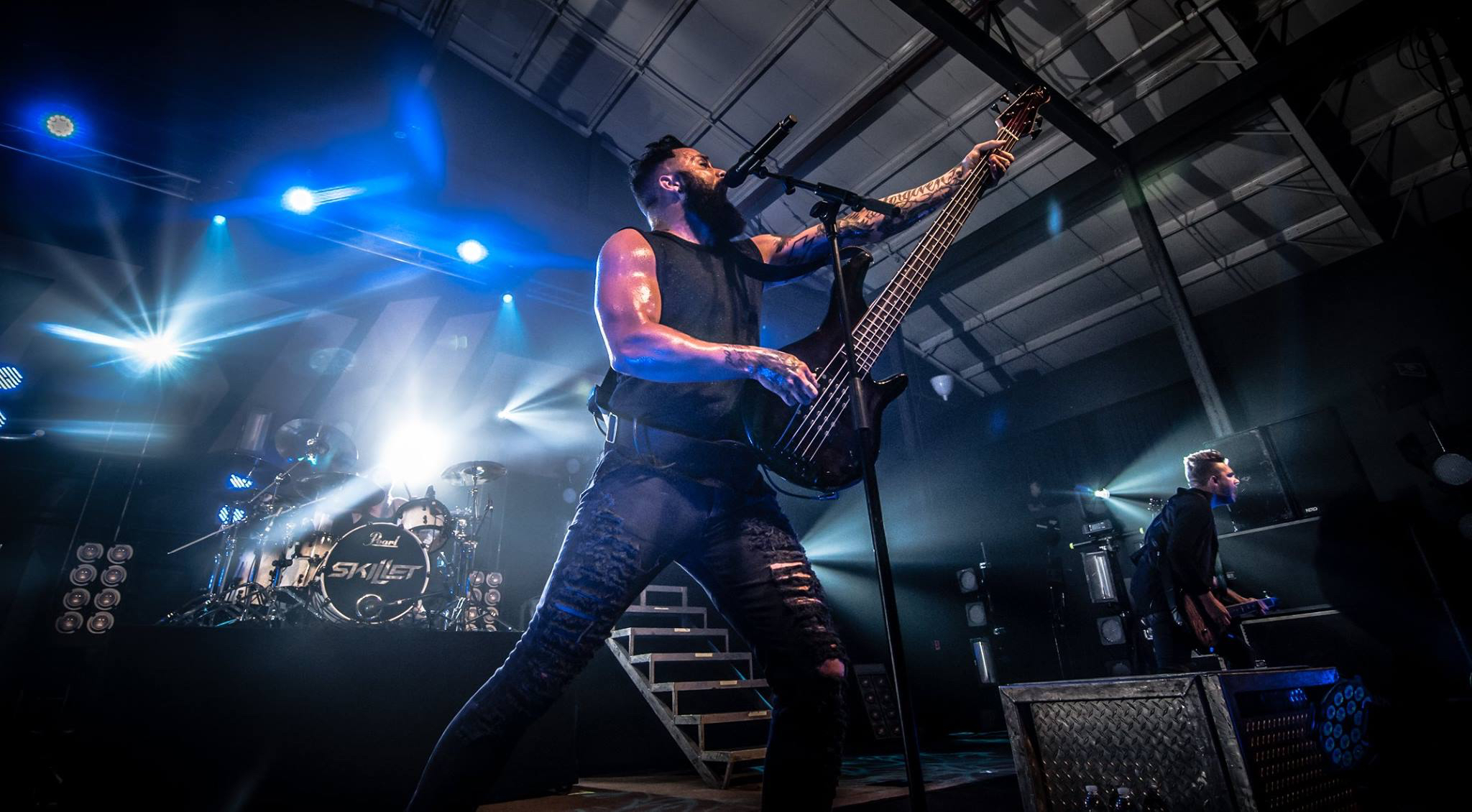 Of God and Metal: A Conversation With Skillet’s John Cooper 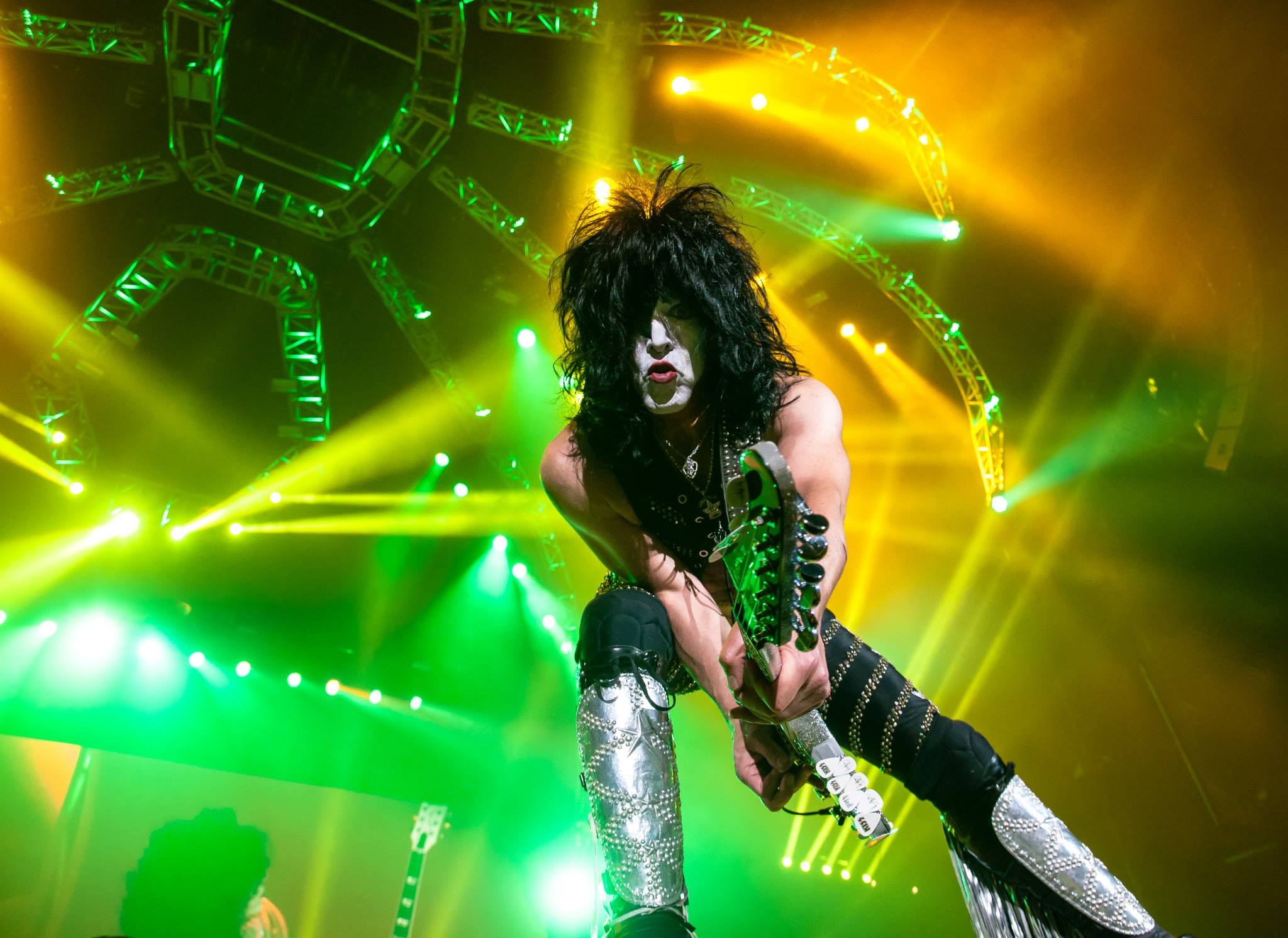