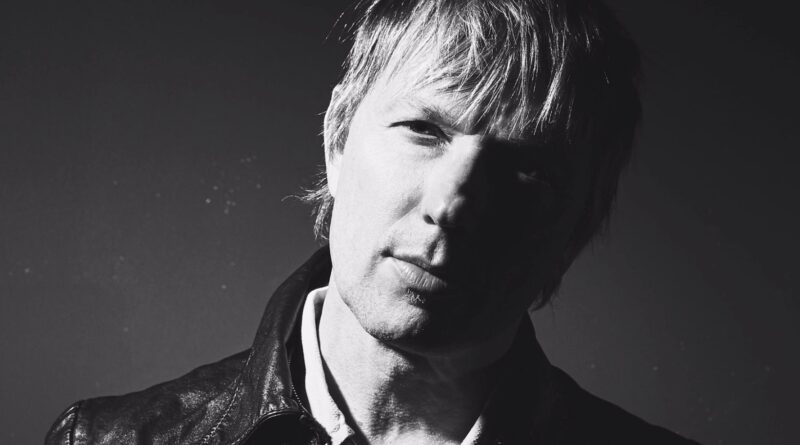 Like most artists, Stone Horses vocalist and co-founder John Allen has been a mixed bag of emotions since March when the novel Coronavirus pandemic took hold and brought the world to a near-collective halt.

Six months in, and things are far from normal yet. Taking the biggest hit? The entertainment industry — music artists in particular. With large gatherings banned and social distancing recommendations still in effect, most touring acts have all but been cut off from their live audiences, and equally as important, their main source of revenue.

“It’s interesting,” Allen said in a recent interview with ListenIowa. “Most of the time I’m home and working in the studio, isolated, anyway. In the past, that’s been the beauty of what I do. I can spend a couple of months in the creative process, and once I’m tired of that and it’s driving me bonkers, I can jump in the van or tour bus, play shows, get exhausted from that, and return to writing for the next thing.” 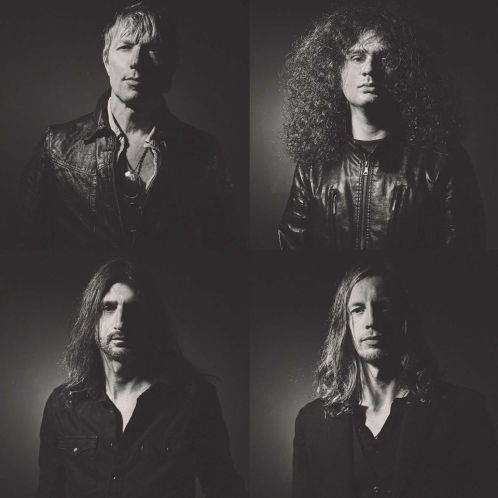 Except now. At least the touring part. But don’t get him wrong: pandemic or not. He’s not complaining. Yet.

“It’s of a great livelihood if you can make a go of it,” he said. “Maybe that’s not the correct term. (Laughs) We’ll say ‘career choice.’ Really, the biggest thing that is hampering us now is promoting a record, and getting out on the road and playing it for people. But we’re trying to get the word out in different ways.”

For the time being, the band, consisting of Allen, co-founder and guitarist Ted Merrill, bassist Rick Reynolds, and drummer Jason Heiser are busy finding other ways to promote their work, that being the a new EP, “Good Ol’ Days,” produced by Allen and mixed by Erik Ron (Godsmack, Bush).

The five-song collection of blues-steeped hard rock kicks off with raucous, 70s-era-Aerosmithian “Cheat Lie Steal” and doesn’t let up from there. First single, “Good Ol’ Days,” showcases the rhythmic underpinnings of Reynolds and Heiser, while the guitar play of Merrill on “Rattlsnake” offers listeners a Clydesdale-size portion of fuzz tones and cock-sure swagger.

ListenIowa caught up with Allen and Reynolds to talk about the new EP, life during Covid, and the perfect world beyond.

Stone Horses hasn’t been able to tour on the new EP, “Good Ol’ Days,” due to the Covid restrictions, so what have you tried keep the wheels rolling, so to speak?
John: Yeah, we’ve done a couple of livestreams, a couple of radio station takeovers of their Facebook page.
Rick: It’s just been lot of waiting. We had a single in the works before this all went down, then it happened, and we had to work out how to promote it. Livestreams helped. That was great. Hopefully we can do something like that in the future, that can hit world-wide.
John: Yeah, that’s one of the benefits of the livestream, we’re reaching fans in Germany, Rick’s homeland of Australia. That’s been one advantage that’s come out of it.

I dug the title track. That’s a powerhouse of a riff.
John: Actually Rick had that killer riff. We were talking about this last night, the chronology of it. I think we were rehearsing, and he was playing the riff, and I thought it was awesome. So we recorded it the next week. I started working with it from there, and building it from there. It came together pretty quickly. I was such a great, kinda sexy groove of a riff. And at the same time it had a lot of balls. I was tweaking a lyric as Covid was starting to hit, and I was like, “You know, this year is kinda starting to turn out shitty already, so let’s try to write something fun, have a good time.” The good old days. Like, “Remember when we could hang out together and have fun and go to parties and concerts and festivals?” (Laughs) The last thing we put out was a single called “End of the World,” and I just didn’t want to go back to that headspace. I wanted to right something that had an escapism vibe. If you need that, all you need to do is turn on the TV. I write with the live shows in mind. I don’t write for the radio. I write for how it’s going to feel onstage.

Where are your wheelhouses musically?
Rick: I didn’t grow up in a musical family, but the radio was on, and my parents would listen to Easy Listening and stuff like that. I had that, and then pretty much found my own way into Metallica and things like that. I kinda liked a lot of metal, but once I found rock music, I just thought it was way cooler and sexier, so I ran with it. I played guitar for a lot of years, then switched to bass, which ended up being about 12 years later than I should have done it, because I love it. That opened a lot of doors to new stuff. As long as it’s grooving, and has melody, I’m in. 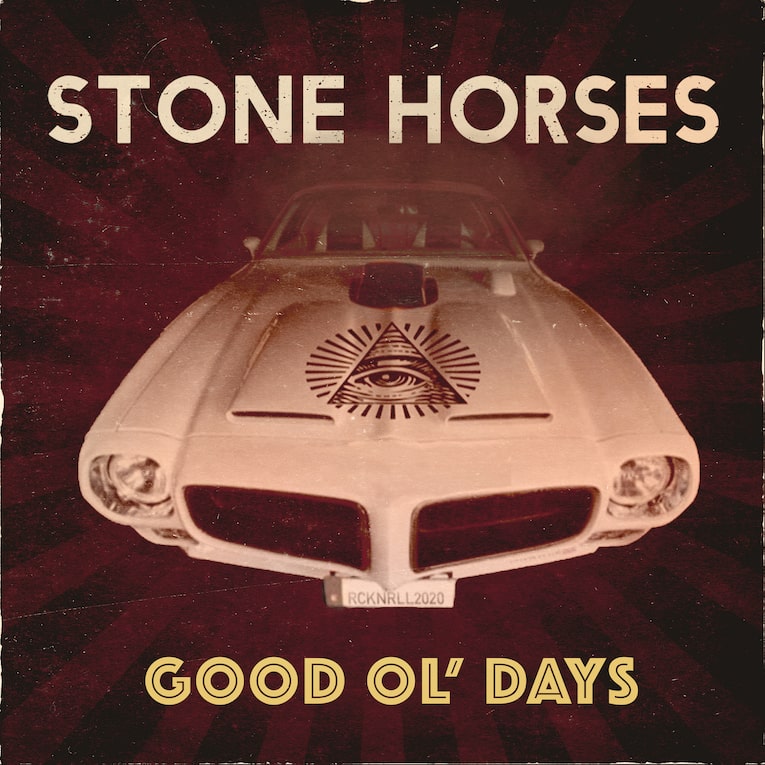 John, you have some lineage with Nikki Sixx of Motley Crue I understand.
John: With my other band, Charm City Angels, we were signed to his record label, Eleven Seven Records, and Nikki actually named the band. Motley (Crue) took us out with them on tour. That was my first tour as a lead singer because I was a drummer for number of years. So I was kinda thrown in the deep end, but you gotta take your shot when you can. It was an awesome, mind-blowing experience.

And for you Rick, what’s been your trajectory to where you are today?
Rick: I moved out to Austin, Texas in 2012, kinda kicked around there. I moved to Dallas not so long after. Then an old friend hit me up from Australia and we got a band together and spent about three years rolling across the U.S. It’s where I developed a love of the road. It’s either awesome or it sucks.

Now that touring is off limits, do you guys look back now at those times you thought were bad, where you didn’t have much money, were traveling around in vans, and now think, “I guess those times really weren’t so bad after all.”?
John: No matter how rough going it is, I never look at it as rough time. It’s not like we’re going out there and digging ditches or carrying bricks. It’s not a rough life. You might not get enough sleep some night, but, whatever, you can sleep later on. Where else can you walk out under the lights and have instant adulation and positive vibes? There’s nothing like it. It’s highly addictive. Unless you’re ready to be an addict for that kind of stuff, don’t do it. I got hooked a long time ago, man. It’s always something you go back to, no matter how rough the business can get.

Is the EP format something you see the band doing more of moving forward?
John: You know, others have asked that, too. It’s interesting. The music business has, in a lot of ways, cycled back to the late 50s/early 60s, where it’s really kinda singles driven, at least for the major labels. So the focus on the full length isn’t what’s in vogue these days. But we’re not a pop act, so I can’t see us ever putting out just singles. I’m old school. I like the full-length album idea. That being said, the audience doesn’t seem to want to wait around for a year or two for you to write a full-length record. So, the faster you can get things out in front of their ears, is the way to go these days.

Do you have other tracks in the can, then?
John: Yeah, I do have some stuff set aside that needs to be finished up. I was talking to my manager about taking the first EP, and then this EP, and putting it out as a full-length in Europe. But we’ll see if that comes to fruition or not. Who knows, though?

If I talk to you 12 months from now and you tell me that after we talked that it was a perfect year. What would have to happen for you to be able to tell me that?
John: We just completed a stadium tour with Guns ’N Roses, man! (Laughs) We’re going to go South America for Thanksgiving with them and our buddies in Van Halen! (Laughs) 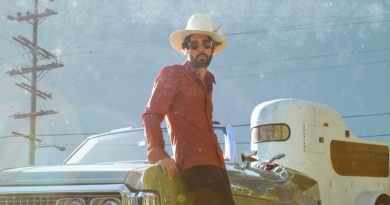 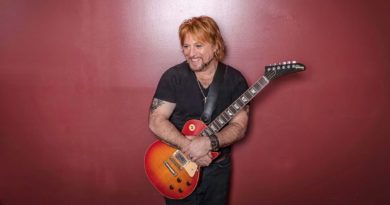 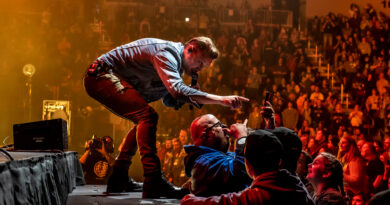