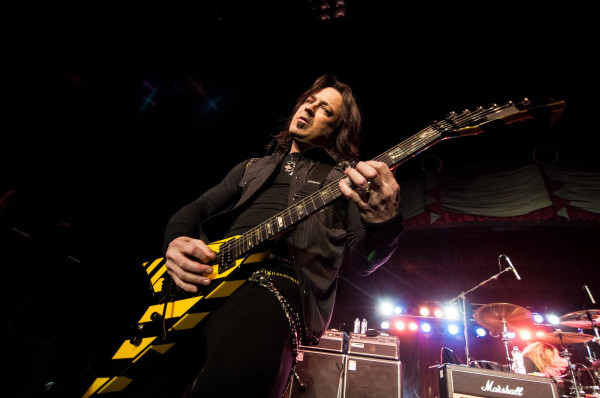 After more than 30 years of being in the crosshairs of pastors, parents and pundits alike, Michael Sweet knows that being the front man of Christian hard rock’s most successful and famous band requires a certain amount of thick-skinned living.

He’s met pastors who claim that rock music is the devil’s fodder, and some parents who believe it, too. The pundits? They’ve been there all along, proclaiming their disdain for Sweet, his brother and drummer Robert Sweet, guitarist Oz Fox and bass player Tim Gaines since the foursome stepped onstage in the early 1980s in their famous yellow- and black-striped spandex outfits, throwing Bibles into the crowd.

But the 53-year-old Sweet — who is also the founder, guitarist and principal songwriter for the group — refuses to buckle. While Stryper in unlikely to see the arenas, million-album sales and commercial spotlight it did in its heyday, Sweet is relentless in his mission to keep the group, himself and God as relevant in people’s lives as possible.

Let’s talk about your latest solo album, “One Sided War.”
It’s a project that has been in the works for a year. I’m always in that songwriting mode and wanting to record new music; it’s just how I’m built. I’ve been busy with a lot of projects with Stryper, and Sweet/Lynch and solo, but I’m really excited about this album because it’s edgy. People expect Michael Sweet solo albums to be a little more on the lighter side, and this one is not. That’s exciting for me. I like to roll up my sleeves and crank the amps.

What are these other other projects?
The new Sweet/Lynch thing, and at the same time we will be working on a new Stryper album. The other thing that hasn’t been inked or finalized yet is a supergroup with Joel Hoekstra (Whitesnake) and myself and a few other guys. We’re going in a different direction with that, a little more ’70s, Whitesnake, Led Zeppelin vibe.

Did Joel play on your solo album?
He did, on three tracks. A song called “Radio,” a ballad called “Who Am I?” and “One Way Up.”

Is that how the partnership with him came about?
No, I’ve known Joel for a while, and he and I have been in touch. I love the guy. I think he’s one of the best guitar players out there today, and he’s just a great person. We were talking about doing something together quite awhile ago, but I figured, let’s get him on the solo album and beat that to the punch. Another guy on the solo album is Ethan Brosh, who is brilliant, and he’s playing some solos on the album as well.

Because you’re the primary songwriter in Stryper, other than not having Oz, Robert, and Tim on the album, how is this different from a typical Stryper release?
Of course you’re going to hear similarities since I’m the singer and one of the guitar players, but when I take on a solo album I approach it a little differently as far as how it’s recorded and how the songs are laid out. And I brought in some other players who brought a lot to the table that give it a different feel.

Is it good for you as an artist to be able to step outside the confines of Stryper at times?
It is. I love my place and time in Stryper, and that is the priority. But it is freeing because it’s also somewhat nice to step outside of that and clear the air, take a deep breath and clear my mind and heart and soul, as I’m sure it is for the other guys as well when we take breaks and do other things. It’s nice to come back with a clean slate, and doing solo albums helps me achieve that for sure. It helps me to stay somewhat relevant musically, too.

Do you see a time in the near future when it will be just Michael Sweet?
I won’t say that won’t happen, but I don’t see that happening anytime soon. I left the band back in 1992 and pursued a solo career on my own. I needed to do that. It was a point in my life where I needed to make a big change, and I did. And that may happen again, I don’t know; it’s certainly not a threat. But before any Stryper fans get bummed, we’re going strong right now, we’ve got a lot of plans in the near future. Down the road? That’s certainly there.

Do you think taking that time off in 1992 helped Stryper’s longevity?
Absolutely. We went our separate ways at a time when it was very difficult for us as a band to survive in the music world. Grunge had come in strong, and many bands were falling by the wayside, including us. And our record label went bankrupt, which didn’t help matters at all. It was an uphill battle. That was one of the many reasons why I left. So when we finally got back together in 2003 and toured, it felt like we were a new band again. We were excited about it again. In 1990 and 1991, that just wasn’t there anymore.

It’s been 30 years since the release of “To Hell With the Devil,” and you’re going to be touring to mark that anniversary this fall.
We are. We’re going play the album in its entirety from start to finish and wear the outfits. That was such an iconic album — the biggest one — so it just makes perfect sense to go out in full style and pull out all the big guns. A lot of people haven’t seen that. It’s incredible how many new fans there are. I think it’s going to be a great tour and a chance for everyone to see a glimpse of the heyday.

Were there any trepidations in going this route? Some artists don’t like to look back.
I think we’ve come to terms as to who we are and what we should be. A lot of artists run from that. We did for awhile. When we did “Reborn” (2005), we tried to ride that modern wagon. I came to the realization very quickly that you’ve got to give the fans what they want. There are reasons why they are fans. They love who you are, what you are about, and they love that sound. Give them that. Don’t be something you’re not. Over the past 10 years, we’ve really gone out of our way to get back to the roots of who we are, musically-speaking.

“To Hell With the Devil” was the pinnacle for the band as far as album sales, fan base, stage production, etc. From an insider’s perspective, though, was everything as good as it seemed from the outside?
We were young. I was 23 in 1986. I’d just gotten married. My first child was on the way. I made a lot of stupid mistakes, as we all did. The important part is, do you continue to make those mistakes, or do you learn from them and move on and become a better person because of them? I think that’s the path we’ve taken over the years. 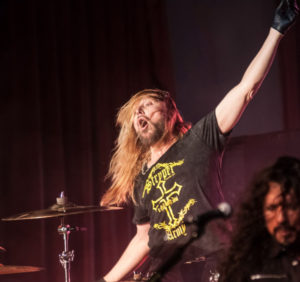 A few years later you put out the album “Against the Law,” which wasn’t nearly as successful. Was that the point when the band started to splinter?
Yeah, we made a decision to change everything. We changed the musical style, everything. A lot of people like that album and say that it’s their favorite Stryper album, but the sad part is that it wasn’t us — it wasn’t Stryper. We sounded like a different band. Not that it’s a bad thing to sound different, but we’re not Van Halen. We’re Stryper. We were trying to be more like a bar band. We grew beards, stubble and tried to be tougher. We tried to be more musically tough, more lyrically tough, talking about girls and this and that. We changed the colors. I just think it was too much of a change, and we lost a lot of our fans.

When you say “rebellious,” though, Stryper doesn’t really come to mind.
For instance, we went on a gun surge and started buying guns. We would be rehearsing and decide to stop an hour later and go gun shopping. Why? I have no idea. And we were drinking. We hadn’t drank in a long time — and not that drinking is wrong, I drink to this day — but it was more of the spirit in how we were doing it. And then we started having booze on the bus, girls started coming on the bus, and we always had a rule that there was supposed to be no women in there except our wives. Doors started opening for us to rebel. We were rebelling against the church, against God and ourselves.

And that was the beginning of the end.
Yes, it was.

From “Soliders Under Command” through today, musically, what has stood the test of time in your mind?
I’m most proud of the “Soldiers” and the “To Hell With The Devil” era for sure. I’m equally as proud of the past four or five years, too, though. “No More Hell To Pay,” “Fallen,” I can’t say enough good things about those albums. I feel like we’re back on track and we’ve found ourselves again.

One thing that hasn’t changed is that unique Stryper guitar tone. You hear Eddie Van Halen play, and you know it’s him. You hear the first few bars of a Stryper song, and you know it’s Stryper.
I’m really happy and pleased to hear that. I have a lot of players come up and say that very thing. And there are many bands that, when you listen, you go, “Is this AC/DC, or is this Krokus?” I am proud of our signature guitar tone. Love it or hate it, it’s us. 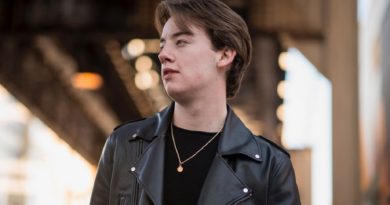 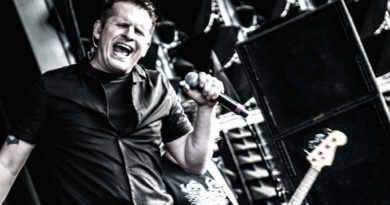 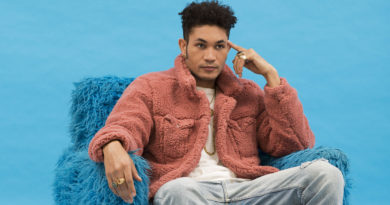 The New Cool: A Conversation with rapper Bryce Vine