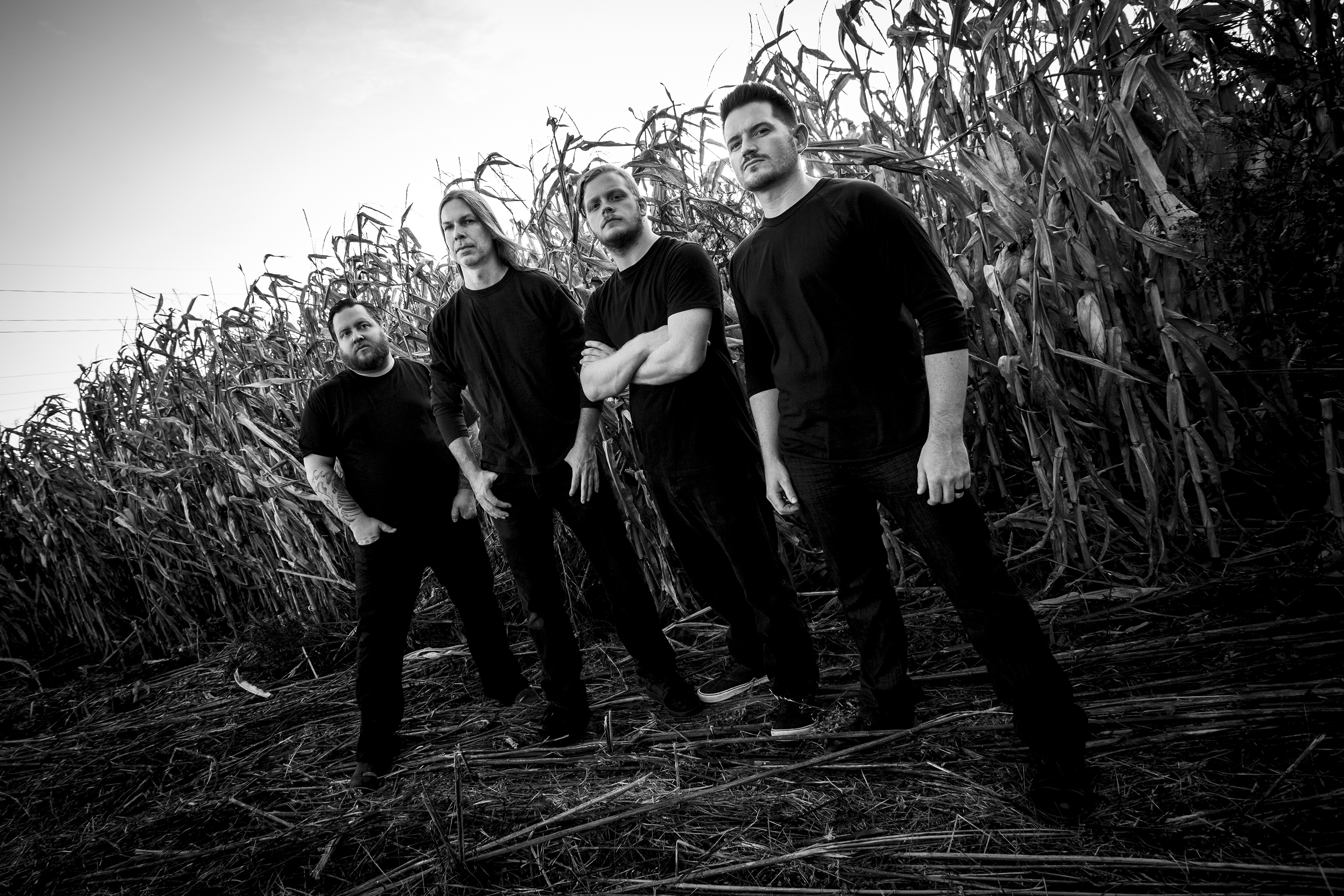 When Green Death vocalist Sol Bales awoke Monday morning to the news that another mass shooting had taken place overnight — this time on U.S. soil, and the deadliest ever — he was stunned.

Fifty-nine people were dead, he learned, and more than 500 were injured in Las Vegas when a sniper opened fire on the crowd from a nearby hotel room window during the Route 91 Harvest Music Festival while country music superstar Jason Aldean was onstage performing.

“It was shocking. It makes every musician worry about every concert they do,” he said in a phone interview with ListenIowa the following day. “So now it’s, ‘OK, now I have to look out into the crowd and see if anything looks suspicious.’ It’s just a crazy time to be doing music when people are picking that as their target.”

Bales, who has fronted the Des Moines-based thrash metal quartet since its inception in 2012, has seen this before, penning the song “Gates of Hell,” from the band’s 2015 album “Manufacturing Evil,” after witnessing the carnage from the Sandy Hook Elementary School shooting, which claimed the lives of 20 children and six adults in 2012.

“That day, I just sat down with a guitar, and the line ‘Everything you fear is already here,’ came to me,” he said. “It’s like, why are you so afraid of going to hell, when we’re pretty much living hell right here on Earth right now with so many tragedies going on?

Bales said he and bandmates Mark “Sparky” Reinking (guitar), Parker Willis (bass) and Ryan Berrier (drums) will continue — but with added awareness — as they embark on a brief run to the East Coast and back beginning Oct. 11 with a show in Dubuque.

“The show will go on,” he said. “It just makes you think a bit more about things.” 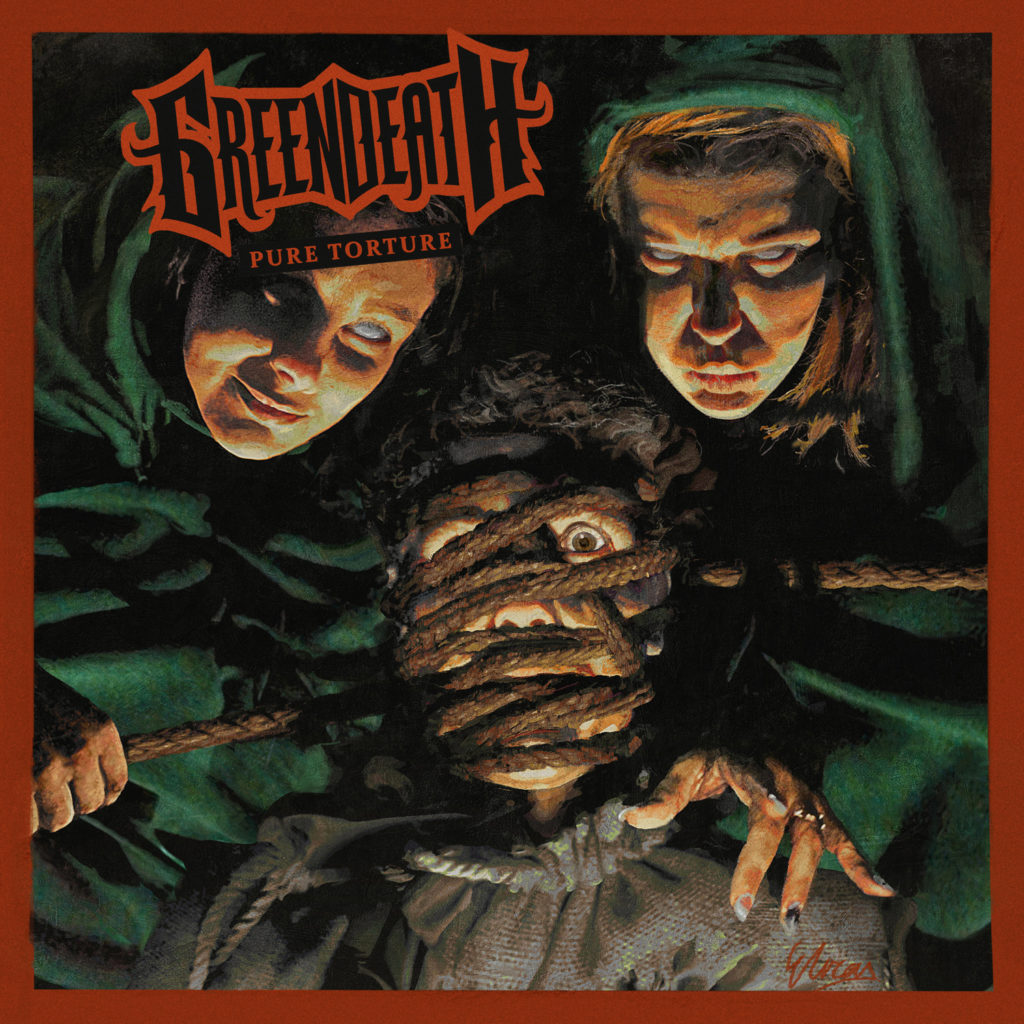 Does the Las Vegas tragedy give you any hesitation moving forward? After all, you’re the one out front and center on stage.
I think it gives you a little hesitation, but you can’t let it affect what you do as a musician. I think it’s going to affect going to concerts a lot more. People are going to hesitate to get tickets or to go to live shows. It’s hard enough already, and now it’s going to be even harder.

Do you think there are changes that need to take place with security?
I definitely don’t have the answer for that. How do you prevent something like that from happening when it’s outside? I used to think metal detectors were just completely unnecessary at concerts 10-15 years ago. Now when you see them, you’re glad they’re just there. Just walking through them I feel 10 times safer knowing they’re there. Armed guards make you feel even more safe.

Let’s move on to something positive, that being Green Death’s latest EP, “Pure Torture.” Why release an EP now after having back-to-back full lengths?
We just wanted to get something new out there. We released “Manufacturing Evil” independently in 2015, that was great, and then we signed with EMP label to re-release it. So there wasn’t anything new on it, but we were re-releasing it a year later. We have David Vincent (ex-Morbid Angel) on guest vocals on “Gates of Hell,” which was a slight change, but we wanted to get something new. So we just picked three of the songs that were going to be on the next album and just released those to show everybody we’re still moving along, and what the new direction we’re going in is. And those songs probably won’t be on the next album, so the EP will end up being a stand-alone thing.

And what version of David Vincent did you get? The cowboy hat-wearing country guy or the thrash guy? (laughs)
(laughs) Not the country guy! When I wrote that song a couple of years earlier, I actually had David Vincent in mind to sing vocals on that song, and it worked out great.

What kind of guidance has David Ellefson, the bass player for Megadeth and the owner of the label you’re on, EMP, given you guys?
From the beginning, he’s given us a lot of good advice, what he sees the band doing, what our next move should be. We’re pretty self-sufficient for a band, though. We’ve been a long time and are kind the older guys in a young man’s game. Parker is the youngest at 21, but the rest of us are mid 30-s and up. I’ve been playing in bands since I was 12. We’ve been around. Don’t get me wrong, we take any advice we can get, though. 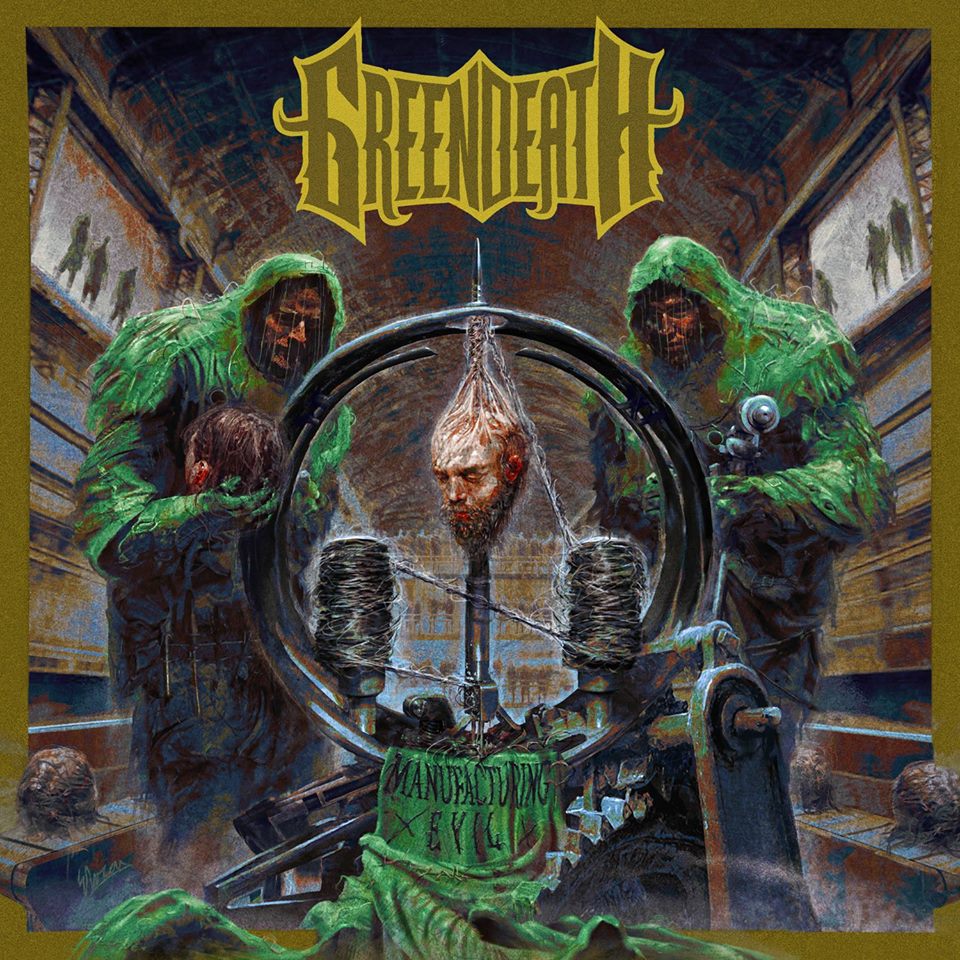 Talk about that change of direction.
The first album, “The Deathening,” was more straight forward thrash. We had some death metal there, too, and even moreso on “Manufacturing Evil,” where it was sort of a concept album. Every song had some form of evil in the lyrics. “Pure Torture” was even darker, I think. We were putting some doom elements into the music that we hadn’t before. Our next album will have more of that doom and death metal element and less straight forward thrash. There will still be some of that, because that’s where we are right now.

So why go down this different musical avenue at this point?
The lyrical content pushed it in that direction. Maybe it’s because of how I see the world and what’s going on, but there’s definitely more sadness in the music. I feel like these are darker times. We’ll always like to joke around and have fun, but as time has gone on, we’ve gotten more serious in the music. There’s a lot of “party thrash” around, which I never got really. I’ve never been that guy. We’re trying to grow and progress as a band. I never sit down and try to write down for a genre. I write riffs, and whatever I come up with I can tell what it’s going to be whether it’s thrash metal or straight forward or even a rock song.

Is the band still based Des Moines?
Yep. I live in Waukee. Most of the band lives in the suburbs or downtown.

Are you guys able to devote all your time to making Green Death happen, or do you work on the side to make ends meet?
We all have full-time jobs. It might look like a really expensive hobby. (laughs) But it isn’t that. One of our main passions is the band. It’s one of our top priorities, and I’ll always continue to do music no matter what. We put as much time and energy in this as anything else. I usually sit down for an hour or two every night after everybody goes to bed in my house, we practice a couple of times a week, and go out on regional tours and try to make this a full-time gig. But that, anymore, is pretty impossible. It’s becoming more and more unlikely as time goes on. Even the bigger bands, you’re hearing about them having jobs, and music has become a part-time thing. Either way, it needs to be fun, and it is.

Talk about being “the” metal band in Des Moines, Iowa. Of course, there’s Slipknot, but they’ve moved on, really. As far as bands with national exposure and some boost behind them, you’re it.
It feels great to be one of the bigger metal bands in Des Moines. There are some others that are doing some great things, too. It’s good for metal in Des Moines, and moving it in different directions. We’re mixing the genres we grew up with here, and as each album goes on, you can kind of hear that we’re trying to have our own thing going so that when people hear us, we’re not just another thrash band.

Are there cons to being in Iowa and trying to do this for living? Thirty years ago, if you wanted to “make it,” you headed for the coast. Now, although you might not have to do that, there are other roadblocks, too, because the industry has been flipped on its head.
I agree. When you used to talk to someone about making it, it was, “You gotta get out of Des Moines. You gotta get to California or New York.” But even at that time, I was like, “Why?” You can make it from anywhere. And if you did go out there, you’re competing against even more bands that are trying to do the same thing. I feel like staying in place helped us. I think the world kind of caught up to the mentality that we had way back then. You can make it on your own, in your own hometown. It’s a lot easier now with social media and reaching fans outside your market. Times have changed. You can kind of stay in your own area and then spread out from there and grow your fan base and get the attention of labels.

So who were the vocalists who were on the posters of your wall growing up?
When I was really young, Metallica got me into metal, which got me into even more heavier forms of metal like Carcass. When I first heard of those guys, that was mind-blowing. I had never heard anything that heavy before. Metallica was heavy, but this was on another level. I loved the death metal style growl of vocal at that point, but I couldn’t do it. It took me years to get to the point where I was comfortable doing it in a band setting. I always attempted it in my car. (laughs) From age 12 to 25, I was more focused on doing a punk sort of thing, and I always thought my voice was kind of one-dimensional. In the past six or seven years, I’ve tried to expand vocally and actually do some of those things that I used to listen to, like Iron Maiden, Dio and Carcass and Morbid Angel. I felt like the progression has been ramped up in those years. If you would have played my 12-year-old self what I’m singing now, and told him, “This is you in 20 years,” I would have been like, “Get outta here.” (laughs)

Let’s talk about this upcoming tour.
Yeah, we were going to go out with a bigger band, but that kind of fell by the wayside, and we were kind of left going, “Well, we should do something.” So we booked our own thing, and we’re doing 10 days out to the East Coast and back. It’s kind of always been my dream to play Rhode Island because I’m a huge H.P. Lovecraft fan. (laughs) I just said, “Let’s go make a destination to Providence and back and see some cool sights, maybe go out to Salem for a day, check out the witch trial stuff. (laughs)

You’re the first person I’ve ever talked to who wanted to go to Providence, Rhode Island.
(laughs) Yeah, a lot of the stuff I write about is about H.P. Lovecraft, and based on those stories, and all of my tattoos are based on Lovecraft, so it’s been a dream to go there.

You’ve been teasing your next album coming next year, “Hallowmass,” online a bit. How are things coming with that, and do you have a timeline as to its release?
There’s not a whole lot I can give away at this point, but we’re definitely going to be going into the studio next year. We’ll be demoing some of the stuff at the end of 2017, and we’re playing one of the songs live already, actually, called “Sacrament.” We’ve posted clips of it on our Facebook page. You’ll hear some of that doom element and be able to figure out what sort of direction that next album is going to be. There’s some fast stuff there, too. Don’t worry. (laughs) 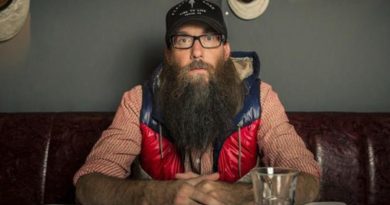 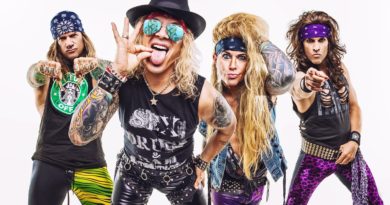 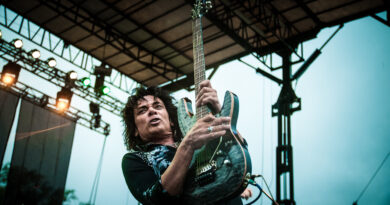