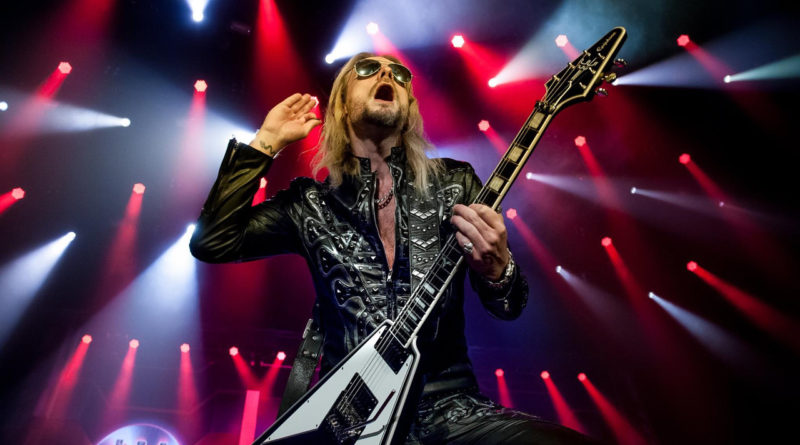 Metal on metal: Judas Priest brings its metallic firepower to The Armory

By Darren Tromblay
At one time during its storied history in downtown Minneapolis, The Armory was a facility that housed hundreds of tons of steel in the form of tanks, armored vehicles and munitions. It was only ironic, then, that decades later the now-converted concert space played host to some heaviness of another variety when British metal gods Judas Priest rolled into a cold and snowy city on April 2 for a performance at the venue.

Hot on the heels of the release of their well-received 18th studio album, “Firepower,” a few weeks earlier, the slightly revamped quintet of Rob Halford (vocals), Ian Hill (bass), Scott Travis (drums), and guitarists Richie Faulkner and Andy Sneap, have been grinding their way across the U.S. for three weeks and re-establishing themselves as one of the genre’s leading bands — despite being nearly 50 years in.

That’s right — half a century.

Hill, the stalwart and steady bassist who still to this day prefers to conduct business on a nightly basis from a solitary position behind the band and out of the spotlight, formed Judas Priest in 1970 along with original guitarist K.K. Downing. Three years later, Hill recruited the then-unknown Halford, — thanks to the help of Halford’s sister, who Hill had been dating. Hill mentioned that he needed a new vocalist for his band, Halford accepted, and the rest, as they say, is heavy metal history.

With the show-opening 1-2 salvo of the tight and quick title track, “Firepower,” and the 1978 burner, “Running Wild,” the packed-to-the-back Armory of metalheads were put on notice this Monday evening that not only was Priest back, it was with a vengeance. 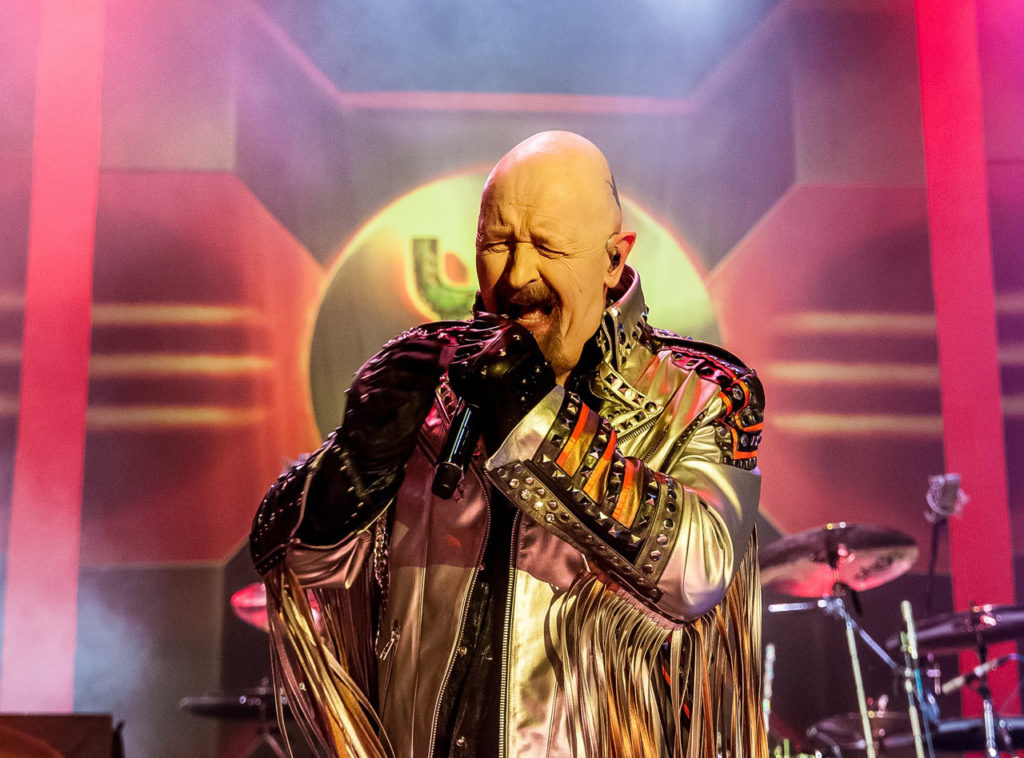 The guitar tandem of Faulkner (who replaced Downing in 2011), and Andy Sneap, the production wizard who has stepped in following the revelation that longtime guitarist Glenn Tipton is suffering the effects of Parkinson’s Disease, have sharpened the Priest blade and given the sound a freshness that only new blood can bring. Heresy you say? Maybe, but Faulkner and Sneap laying into the tight groove of “Grinder” and following it up with a stunning rendition of “Sinner” was proof enough that the metal banner created by Downing and Tipton is still being flown in classic Priest style.

Faulkner, the blonde bomber who made his first appearance with Priest on an episode of “American Idol” of all things, has not only grown into Downing’s slot, he’s taken over as a dominating guitar presence onstage both visually and technically. His comfort level in commanding the spotlight — a tough thing to do with a center-stage-dominant Halford a few feet to his left — was palpable, as he effortlessly went note-for-note on “Hell Bent For Leather,” “Electric Eye,” “Some Heads Are Gonna Roll,” and the intricate, sweeping solos in “Painkiller,” in which Faulkner gave nod to a video of Tipton playing behind him during the solo section.

Initially, Sneap looks the part of the late-game replacement that he is, with his beard befit of a leathered mountain man more than a heavy metal producer/guitarist (no offense, Andy). But what he lacks in the filling the visual mold created by Tipton is more than made up by with his rock-solid rhythm playing behind Faulkner, which he did for most of the night outside of solo spots in “Sinner,” “Hell Bent For Leather,” and new track “Evil Never Dies.”

Travis, a nearly 30-year veteran of the Priest camp himself, has seemingly grasped the “less-is-more” approach to his playing these days, eschewing his former habit of throwing down double-bass runs on nearly every song for a move groove-laden approach. And it works. Of course, Travis brought out his famous riff-filled intro to “Painkiller,” which introduced him to Priest fans in 1991, and machine-gunned his feet with pinpoint accuracy on new tracks “Lightning Strikes,” and “Firepower,” but on tracks such as “Breaking the Law” and “Metal Gods,” Travis laid back and in the pocket better than in previous live performances, returning the tracks to a sound more true to the original recordings.

The benefit of freshening things up a bit has not been lost on Halford, either. The 66-year-old vocalist sounded better than he has in years, giving new life to “Saints In Hell” from 1978’s “Stained Class,” and digging even deeper to hit the perilously high notes of “Bloodstone,” from the band’s most commercially successful album to date, 1982’s “Screaming For Vengeance.”

‘The stage has gone mysteriously green,” Halford said before launching into the cover of Fleetwood Mac’s “Green Manalishi (With the Two-Prong Crown),” a rousing crowd favorite with it’s sing-along outro. And as sure as the sun rises in the east, Halford rolled onto the stage seated atop his always-famous motorcycle, wickedly revving the engines to signal the oncoming “Hell Bent For Leather.” In typical fashion, Halford got the crowed involved during extended versions of “You’ve Got Another Thing Coming,” and show closer, “Living After Midnight.”

For the thousands of metal manics in this downtown Minneapolis cavern of metal, April 2 will go down as the return of Judas Priest — a night of British steel. 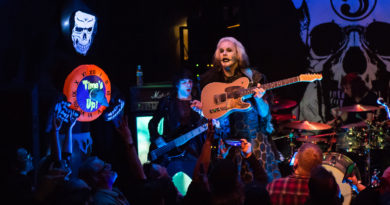 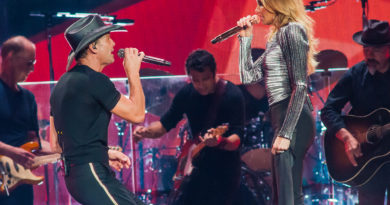