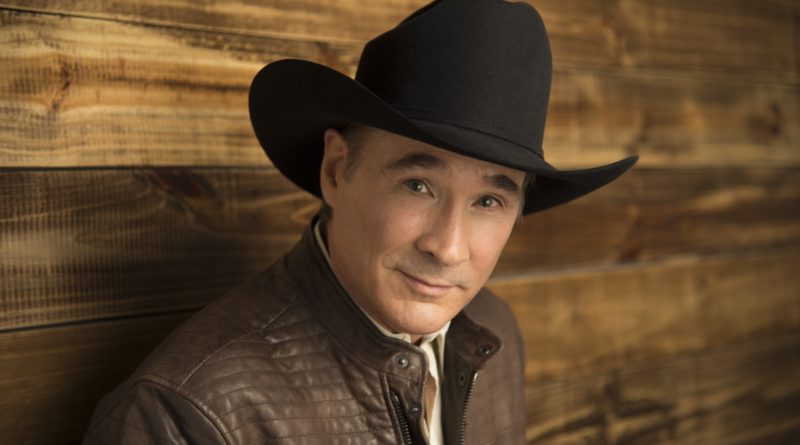 At this juncture in his career, famed country music artist Clint Black has nothing left to prove.

Since shooting out of the gates with his debut album, 1989’s “Killin’ Time,” which produced not one, not two, but four No. 1 singles, the 56-year-old Texan has racked up more than 20 million albums sold worldwide, 31 top-10 hits and 22 singles that have made it to the ever-elusive No. 1 slot. Recordings such as “A Better Man,” “Killin’ Time,” “When I Said I Do” and “Nothin’ But the Taillights” remain on country music radio station playlists to this day.

Numbers aside, Black’s seat at the table was secured back in the early 1990s with a string of successful releases that helped open the genre’s doors to millions of new fans who were straddling the pop/rock/country music lines and had nowhere to call home. Thanks to then-newcomers Black, Garth Brooks and Alan Jackson, that changed, and the forward roll has continued ever since.

ListenIowa caught up with Black as he prepared to make an Iowa appearance at the Wild Rose Casino in Jefferson on Friday, July 13. Doors open at 7 p.m., with the show starting at 8 p.m.

You’re back out on tour and performing this summer. How does it feel to be back? 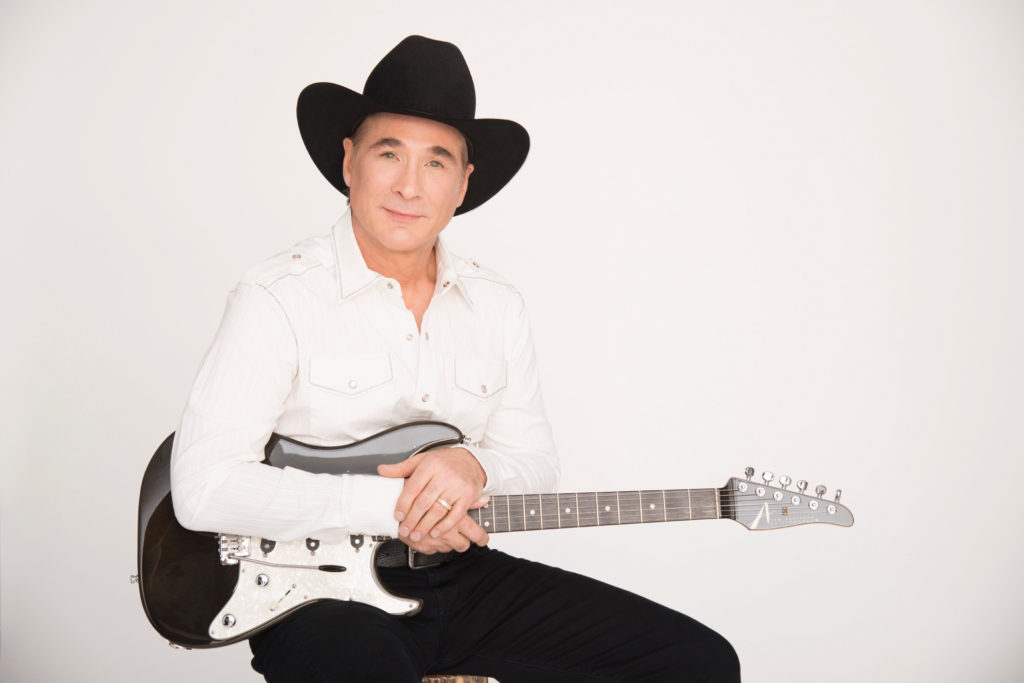 It’s always good to be back on stage. I break for about 3-4 months each year over the winter, then hit the road in the spring. I’ll do on average of 80-90 cities a year.

Musicians talk about living for those two hours on stage, then of the struggle to find ways to kill the next 22 hours before they can get back out and do it again. How does touring and performing now compare to the rigorous schedules you had in the 1990s?
It’s easier to kill time in between nowadays, with the Internet, Facetime, satellite tracking TV systems, video games and  – on my bus –  a guitar amplifier to practice on. Still, it’s all about performing. It’s what drove me as a teenager, and it’s the same today.

Talk about another venture you have in the works, the “Looking for Christmas: The Musical” that will open at the Old Globe Theatre in San Diego this fall. How did this come together?
I happen to meet one James Sasser, a theater actor/writer/director, and he asked if I’d ever considered working on Broadway. I said “yes,” and that I’d never do it! Too many shows per week. (It would be a) grueling work schedule for the likes of me. I said I had thought about writing a musical for Broadway, and he and I started batting around ideas. “Looking for Christmas” is the one we were both most excited about, and off we went to formulate a story that would weave in and out of my collection of original Christmas songs, starting with the first album, and then encompassing the second and some songs outside the Christmas theme that matched up well with out story.

Staging a musical is a big undertaking. Did you have any fears or trepidations in stepping into this new territory?
I didn’t have any fears, but I knew it was a different animal than I was used to taming. I spoke with my friend Eric Idle of Monty Python infamy, and he, as usual, gave some great advice/insights. Also, it was helpful striking out on this endeavor to be working with seasoned Broadway veterans such as James, Kent Nicholson and Vince Burwell, which is the team I started with. Once we aligned the premiering of the show with The Old Globe Theater in San Diego, it really started to feel probable.

You’ve also dipped your boots in the acting realm at times, appearing in television and movies.
I was lucky to be asked to play a small role in “Maverick.” That was a great experience, and I decided I’d take other roles here and there. I enjoy it, but don’t ever want it to take a backseat to music.

Being a singer is one thing, but an actor is an entirely different animal. Was there anything that your music background helped you with once you got in front of the camera?
Maybe the songwriting process. I’m always looking for the truth, the essence and the feeling behind a lyrical idea. Acting requires the same for conveying a character’s feelings on screen.

You’re going to putting together another Christmas-based project in December around “A Clint Black Christmas,” and this year your wife, Lisa Hartman Black, will be joining you.
Asking Lisa — a full time mom — to do shows with me is no small thing. I feel some pressure to make things just right for her and to see that it’s a smooth and comfortable operation. I know how much my fans want to see her join me, so I get very excited to share this with them. It will be short-lived, but hopefully we can do more once our daughter, Lily, is off to college.

You were very prolific and successful in the 1990s, with a number of chart-topping albums and songs that still reside on country radio playlists to this day. What was it like during that period in your career when you were so in demand?  On one hand it had to be great, but were there drawbacks to being one of THE faces of country music at the time?
There are so many demands on a singer, and most fans  — and many industry insiders, either — don’t think about or don’t care. If you leave it to record companies, managers and press agents, they will work you to the point you can no longer sing your songs. I’ve fought every step of the way to protect my vocal cords. To some in the industry, they recognize the benefit. To others, you’re a problem. “Just wake up after four hours of sleep on a show day and do the 15 interviews we want to line up for you!” When you see an up-and-coming artist struggling with their own material on stage, this is probably the reason.

There was a 10-year gap between 2005’s “Drinkin’ Songs and Other Logic” and your last studio release, “On Purpose,” in 2015. Talk about the change in the way you’ve worked in career, from releasing a new album nearly every year, to now, where releasing new material is the exception rather than the rule.
I had created a record company called Equity, with a very “artist friendly” business model. We had achieved great success with over 1 million records sold for Little Big Town, and we had some other very promising talent on the label, too. Soon after, though, Little Big Town announced they would be leaving Equity for a bigger label. This immediately led to problems for the company, as we had “put a lot of eggs” in that basket. Eventually we had to close the doors. That whole experience was distracting and disheartening.

You’ve always stood on the side of more traditional country music, so where do you think we stand right now as far as the state of country music? There seems to be a division between fans of new country and old-school at this point.
I still hear some music I like. I do think the standard is lower for what is a strong lyric. I hate to be critical because I know everyone is doing their best, but I’m still a fan, and as a fan, a critic. I think the sheer volume of songs about partying, drinking and chasing girls has left many hungry for substance. For decades, country music was a blend of all those things. Not so much now. But there’s still great music being made; it’s just not the most popular.

Are there ANY artists, then, that you can point a finger at and say, “He/she will carry the torch. Country music is safe.”
I’m not a good barometer for that. It takes years for an artist to develop. There are many things that can get in the way of that, not the least of which are the three or four people at the record company who get to decide what the artist will record. The main reason I left the major label “system.”

And speaking of traditional, are you a streaming music fan or one who likes to have a physical item in your hands, read the liner notes, etc.?
Streaming music is okay; it’s convenient. The quality of MP3s and streaming is way less that a CD, which is way, way less than what we hear in the studio. Eventually, my ears want the better quality.

Talk about the new show you’re touring behind now.
Lots of hits, a couple of fan favorites and a few good laughs. I have a very talented band, and we give the songs everything we’ve got, every night. If you like good music, played well, these guys are doing it every night. 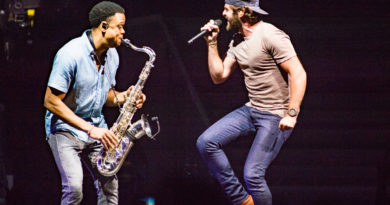 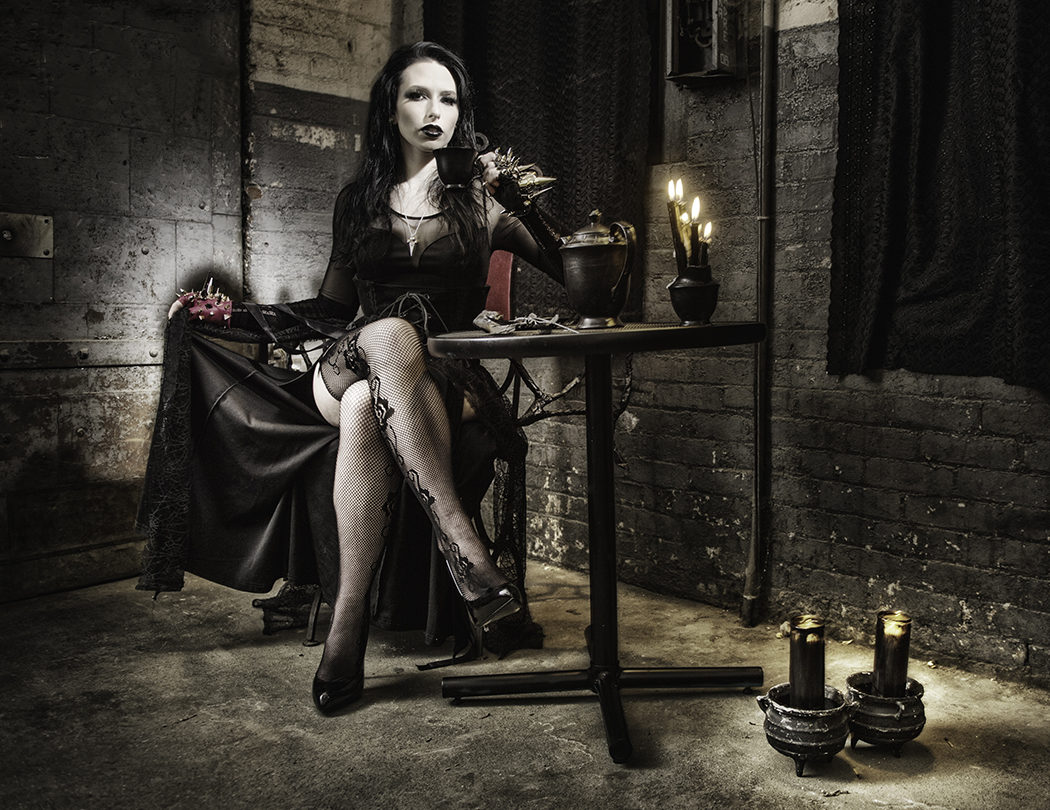 Ready For Her: A Conversation With Madame Mayhem 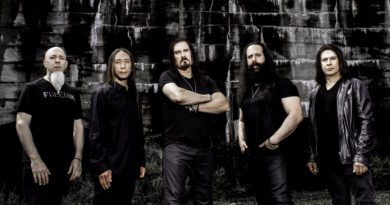 An Astonishing Return: A Conversation With Jordan Rudess of Dream Theater