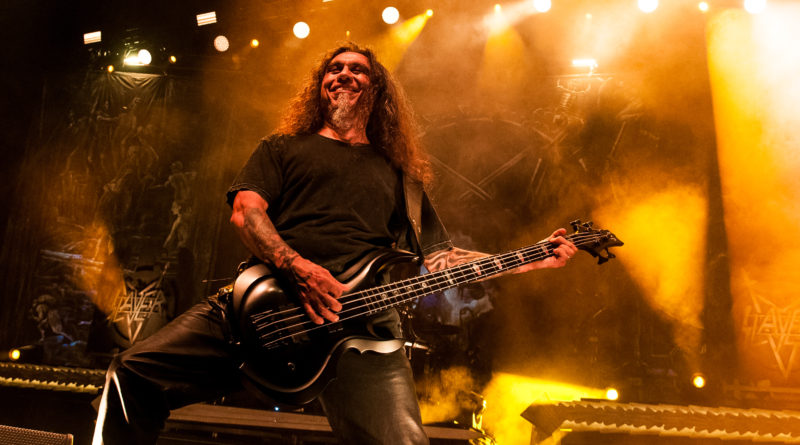 Thrash titans Slayer give Minneapolis one hell of a final show

A swarm of more than 7,500 black-shirted, horn flying heavy metal fans gathered at The Armory in downtown Minneapolis on May 24 for almost six hours of blistering heavy metal from the likes of Testament, Anthrax, Lamb of God and Behemoth.

By itself, a bill consisting of those four bands would do very well in virtually any market across the globe. The mix of old-school thrash titans Testament and Anthrax (both of whom continue to defy logic and get better with age, both on the stage and in the studio), the ultra-heavy monstrosity that is Lamb of God, and the satanically-tinged doom of Behemoth packs enough punch to please anyone who likes their music unleaded and raw.

But on this night, those four bands were merely the prelude to what was to come. Sitting atop the bill was none other than Slayer, the Los Angeles-based thrash metal quartet of vocalist/bassist Tom Araya, guitarists Kerry King and Gary Holt, and drummer Paul Bostaph, who have decided to call it quits after 37 years of punishing ears and minds alike with their brand of mayhem that has become the template for hundreds of bands over the decades.

The announcement that this would be the band’s final tour sent shockwaves through a heavy metal community that was already reeling from the loss of the likes of Motorhead’s Lemmy Kilmister, Malcom Young of AC/DC, the retirement of Black Sabbath and a host of others individuals and bands who have either passed on or called it a day. Nonetheless, if this is truly the band’s swan song, Minneapolis made sure it was primed and ready. 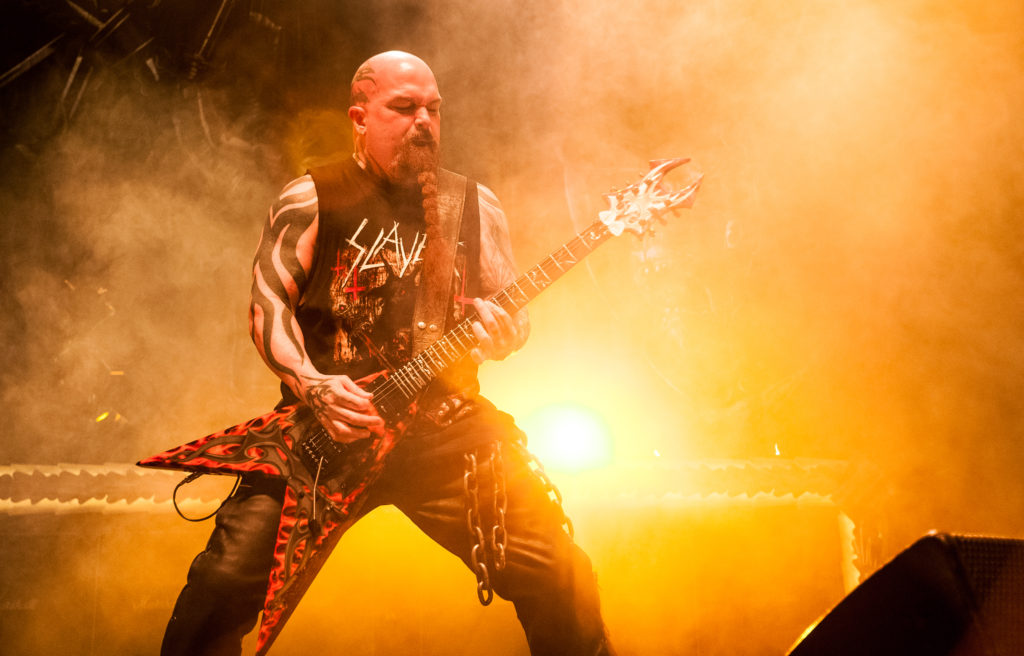 It was time to give the devil his due.

The band took the stage with the speedy title track from 2015’s “Repentless,” and it was game on from there. The group pulled out deep track “Blood Red,” then dove into “Disciple” and the mid-paced-yet-oh-so-heavy “Mandatory Suicide.” Another burner, “Hate Worldwide,” followed before Araya finally took a breath and requested some help in screaming the next song’s famous one-word intro: “Waaaaaaaaaar!”  And “War Ensemble” it was, delivered as impressively as it was when it was first released 27 years ago.

The group touched all the bases during the 19-song set, including two more from the band’s most successful album commercially, 1990’s “Seaasons In The Abyss,” with the title track and “Dead Skin Mask,” which was, in typical Slayer lyrical fashion, inspired by serial killer John Gein.

The inclusion of “Jihad” (from 2006’s “Christ Illusion”) and another “Repentless” track, “When The Stillness Comes,” in the set has caused some consternation on Slayer social media fan boards, with older tracks such as “Die By The Sword” or “Captor of Sin” being quoted as potential replacements. Maligned or not, the tracks were delivered with precision. If there was any angst amongst concert attendees over song selection, it was quickly forgiven when “Stillness” segued into the rapid down-picking doom of “Postmortem,” courtesy of King and Holt, which was accented by instantly recognizable ride cymbal of Bostaph. “Black Magic” served as the chaser, as the band continued its spot-on performance.

The one-two punch of “Raining Blood” and “Chemical Warfare” were delivered with precision, and set the table for the closer everyone knew was coming, the controversial “Angel of Death,” from what many deem as the landmark thrash album of all-time, 1986’s “Reign In Blood.” Araya, whose vocal chops are in incredibly good shape despite the grueling nature of Slayer’s musical stylings, dished out one final “Raining blooooooood/from a lacerated sky” with the gutteral ferocity of someone half his age, standing stoically as always, front and center, amidst the fire and brimstone around him.

And just like that, Hell had come and gone with the snap of a headbanging neck. It was done only as Slayer can, of course, complete with no encore, frills or empty promises to “see you next time.”

From beginning to end, Slayer has stuck to its guns and filled a musical gap for a segment of fans who wanted nothing to do with big hair and radio-friendly ballads. Yes, there was a misstep or two over the years, as well as the untimely death of guitarist Jeff Hanneman and the on-again, off-again appearances of original drummer Dave Lombardo. But in the end, what The Armory witnessed first-hand Thursday night was a Slayer that was laser sharp, plenty of gas left in the tank, and the same method of operation when it comes to music: Deliver it hard, loud and with zero shits given. 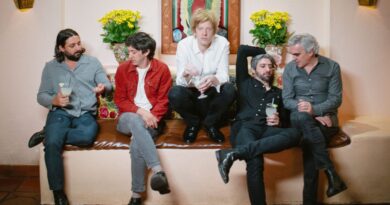 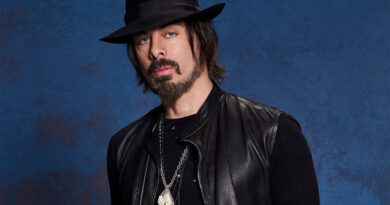 A Perfect 50 For 50: A Conversation With Richie Kotzen 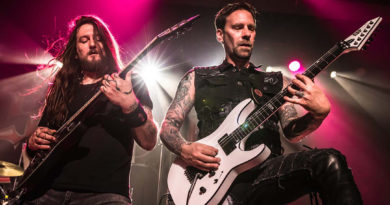