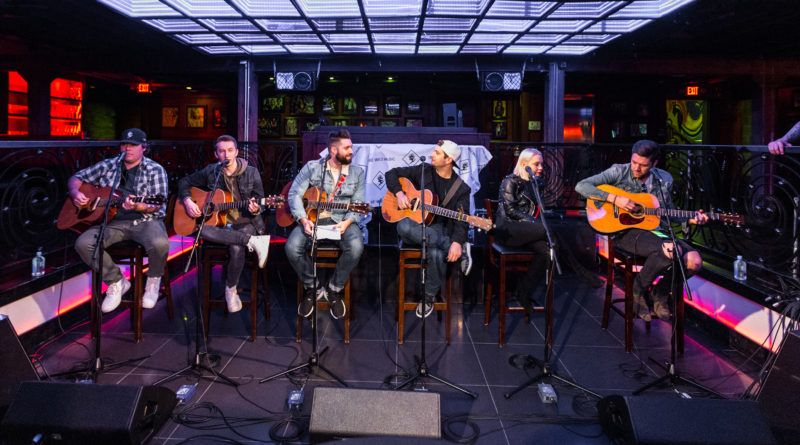 For the second year in a row, major labels and their related publishing arms were invited by TVM founders and superstar duo FLORIDA GEORGIA LINE to sample the freshest songs from their team – as well as the freshest food-and-cocktail creations from Tyler Hubbard and Brian Kelley’s downtown Nashville entertainment destination, FGL HOUSE.

BBR Music Group/BMG helped kick off three days of music on Monday (3/12), with SONY Music Nashville joining in on Tuesday (3/13), and Big Machine Label Group wrapping things up on Wednesday (3/14). Each round highlighted the innovative brand of TVM songwriting, which has already made waves on the Country charts, and is poised to continue driving the format’s stylistic expansion.

The team currently has 13 new releases including Hunter Hayes, Scotty McCreery, Rodney Atkins, Jake Owen, RaeLynn, Mitchell Tenpenny, and  Jason Aldean’s current Top 10 hit, “You Make It Easy” – and the firm is soon to have even more reason to celebrate. After recently leading TVM to its second year of hit-making success in 2017, General Manager LESLIE DiPIERO is being honored as one of MusicRow Magazine’s Rising Women on the Row during a special March 27 ceremony at Nashville’s Omni Hotel.