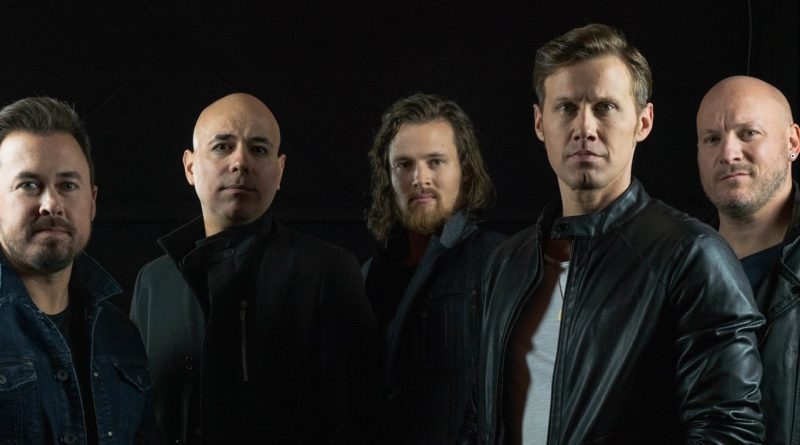 Christian music’s premiere annual tour, the Winter Jam Spectacular, kicked off this week with the first dates of what will be a 42-city jaunt around the country in 2020. Included on the itinerary is a stop at Wells Fargo Arena in Des Moines on Thursday, Jan. 23 at 7 p.m.

As usual, this year’s lineup is packed with talent, including some of the biggest names in Christian music in the form of Crowder, Hillsong Young & Free, Louie Giglio, Red, NewSong, Andy Mineo, Austin French, and Building 429. All for a small suggested freewill donation of $15 per person.

ListenIowa caught up with Building 429 frontman Jason Roy to talk about the tour, the two EPs the band released recently, and the importance of accountability out on the road.

This is the fifth time Building 429 will be a part of Winter Jam. What continues to bring you guys back? 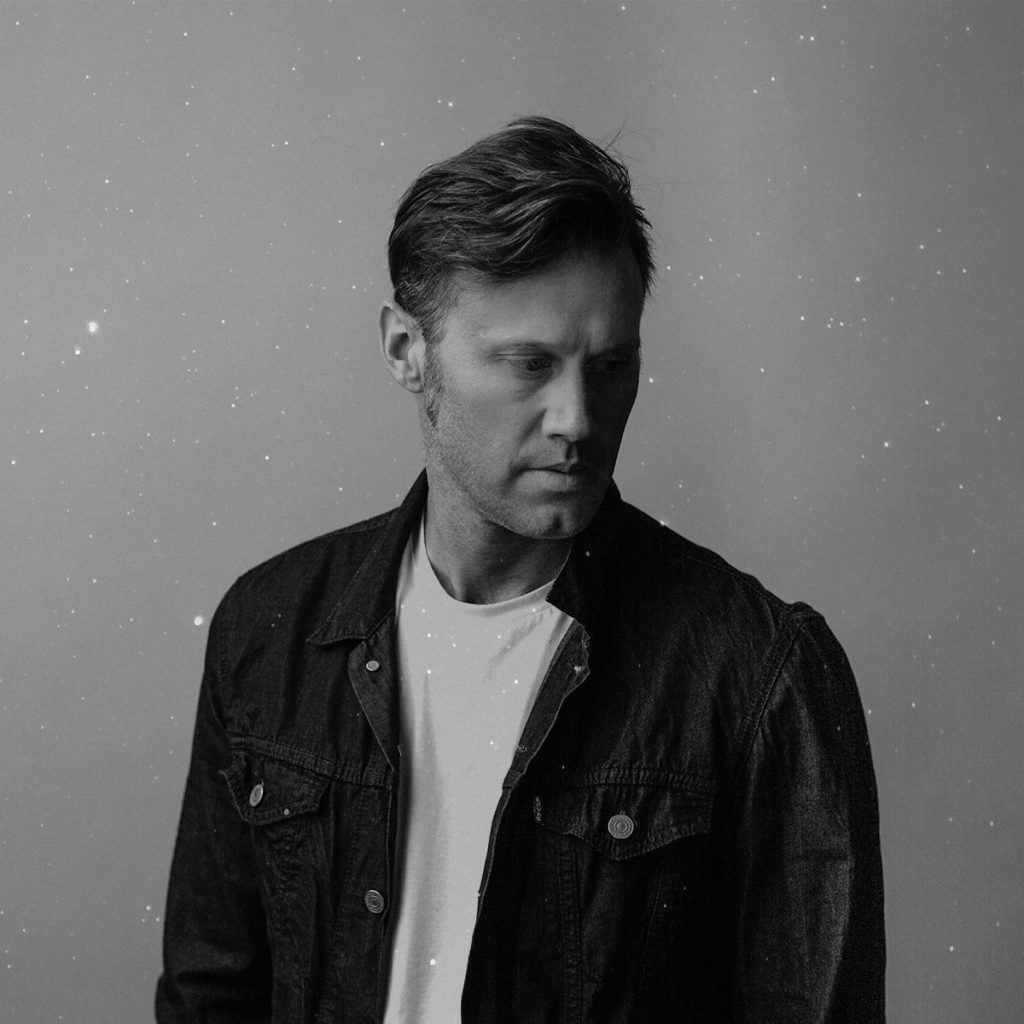 There’s a family that pulls this tour together. We’re good friends with them. And every band on this tour is a headlining band. We, as a headlining band, don’t get to hang out with other headliners, ever. We’re always playing concerts. It’s really cool to spend an entire touring season with other headliners and learn and glean knowledge from them, and to share what we know with them. I love Winter Jam for that very reason, to get to know what makes people tick. To get to know their quirks and how they go about being a minister and an artist is a unique and incredible opportunity that we’re never going to turn down.

Are you competitive by nature? Does playing amongst this much talent make you want to up your game each night?
I’m not going to lie. When I was younger and Winter Jam came around, I was like, “Oh, we gotta figure this out. We gotta be great.” But as time has gone by, I don’t doubt my place at the table. I know I have a place, and there’s a reason I’m there. These people are my friends, and there’s enough respect that we can be cheerleaders of one another. That’s the situation now. Granted, we’re all pushing to do something great, but you’ll see us on the side of the stage high-fiving each other every night.

Building 429 released a Christmas EP, “A Thrill of Hope,” just prior to the holiday season, and did a short tour on it as well.
We’ve wanted to make a Christmas record for quite some time, and it’s nice to finally get around the corner and get it done. On top of that, to really love the music and have enough to put together a full tour is pretty cool.

As if that wasn’t enough, you dropped the “Fear No More” EP this fall as well. You’ve been busy.
We started our own record label, and it was the first time we’d released anything into the public view on it. We didn’t want to bite off more than we could chew, and we wanted to start off with a small sample of where we wanted to go. But the thing we wanted to do more than anything was to focus in on the songs and guarantee they were great. So we worked and worked and worked on “Fear No More” until it we felt like we were really proud of it. You send it out and hope people like it, too. It’s just so cool when you’re not just the writer and the singer of a song, but you’re also the producer, the marketing director, the distribution guy, all those things, and then you send it out and it works.

Do you like wearing all those hats?
I kinda do. We first signed a record deal in 2003, so we’ve had all these years, and all these records we’ve made. I’ve always had this concept of what I thought was going on behind the scenes, but now for the first time we get to see the problems first hand. I get to see the issues come up, I get to help solve those issues. I’m fully aware what’s working and what’s not working. It’s an honest truth right in my face, and I like that because it allows me to adjust my approach a little quicker if needed.

What does the phrase “Fear No More” mean to you?
It was written out of a difficult, difficult circumstance. The principle that it was written around is this idea that, while God does not cause our pain, He’s faithful to use our pain if we will let Him. When I sing the chorus (sings) “This isn’t what I choose/it’s where I’m finding you,” that right there was the cry of my heart last year. It wasn’t what I wanted, but if that’s what He wanted for me, I’ll walk through it, trust Him, and not be afraid of it. It’s just so cool to be able to write a song in a difficult season and then find out I’m not the only one going through a difficult season, and now the song is inspiring people who are going through a much more difficult season than my own. Again, God doesn’t cause it, but he’s faithful to use it, and I think “Fear No More” is an example of that.

Let’s talk “difficult,” then. When you were on the 2017 Winter Jam tour, one of the acts was the Christian comedian John Crist, who made news recently for cancelling his tour amidst some sexual harassment allegations directed at him, and he admitted to “sexual sin and addiction struggles.” Does this make your task of spreading the Word even more difficult, especially amongst non-believers who might be on the fence and then see this?
In full disclosure, John is a friend of mine. I know him and shared a dressing room with him for 52 days. We hung out every day. I think the No. 1 thing that comes to mind as you say that is that he’s a flawed human being. He admits that he has issues he has to deal with. It’s not good for the greater Christian community that a person like that ends up going through what he’s going through. But I will say that his response to it has been good — taking ownership of it, and admitting his flaws. Obviously, there’s been damage done to Christian entertainers because of the situation; it’s a big deal. He made horrible choices. But I think even more irreparable damage can be done when we don’t own it. I’m proud of the way he owned it, and I think there’s a lot to be learned from this circumstance, and hopefully it teaches all these younger artists, and some of us older ones, about accountability. Surrounding ourselves with people who tell us things we don’t want to hear and hold us accountable. Ultimately, this revelation will be good. God will use it, I really do believe that. 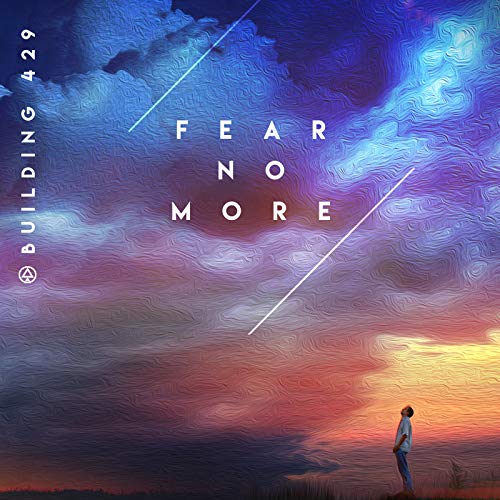 Building 429 does a bunch of touring. How do you avoid the temptations and pitfalls — of any kind — that the road, or that lifestyle, can bring?
In John’s case, he was a single, solo artist who had an entire team built around him being the apex. I’m the lead singer of a band called Building 429, but inside my band, that doesn’t give me any special privileges. We’re all equal. Those guys who travel with me call me out when I’m off. And I am off at times. I don’t avoid the temptation, but I do avoid the sin that comes with it. Temptation comes to everybody face to face. I do feel like I make decisions that help me be in better places, like making wise choices with my time, choosing when I’m going to be where. Through the years, one of the blessings of being in a band has been that I’ve always empowered people around me, and they’ve empowered me in their lives, to be accountable.

You recently posed this question on your Facebook page for your fans: “What are you most grateful for?” Let’s turn the tables on you. What are YOU most grateful for?
This is going to come across as really simple, but I’m grateful that we all have our health. My grandfather and grandmother were here at our house, and they’re 85 or 86. My son totaled his car and walked away without a scratch or a bump. There’s just a lot of things like that that my mind immediately goes to. I know that won’t always last, but for today, that’s what I’m grateful for.