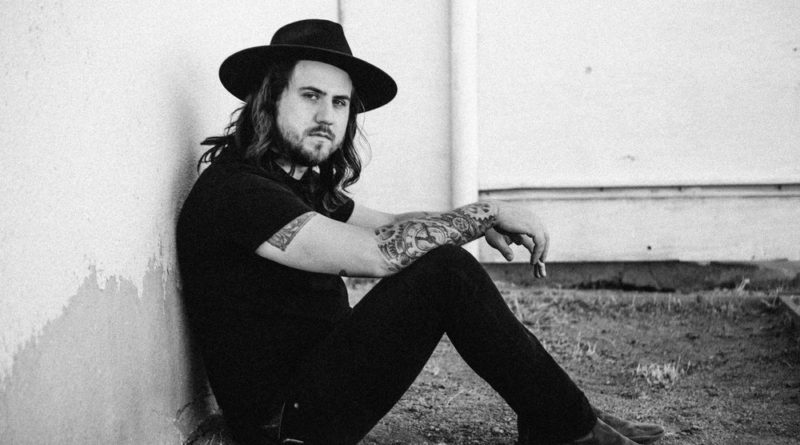 Now based his adopted digs of Los Angeles, California, Morrow has been gaining national attention in recent years with the release of three albums (the latest being last spring’s “Concrete and Mud”), his ear-catching live performances, and a Merle Haggard-like approach to his craft that is as refreshing as it is powerful.

Central Iowans can catch Morrow’s live show tonight in downtown Des Moines at Vaudeville Mews. Doors open at 7 p.m., and showtime is at 8 p.m. Tickets are a scant $12, a drop in the bucket to catch one of country music’s most promising young artists. Then on Sept. 26, Morrow will appear in Davenport, Iowa at the Triple Crown Whiskey Bar & Raccoon Motel, where tickets are a mere $8. It’s called “bang for your buck.” Getcha some, Iowa. 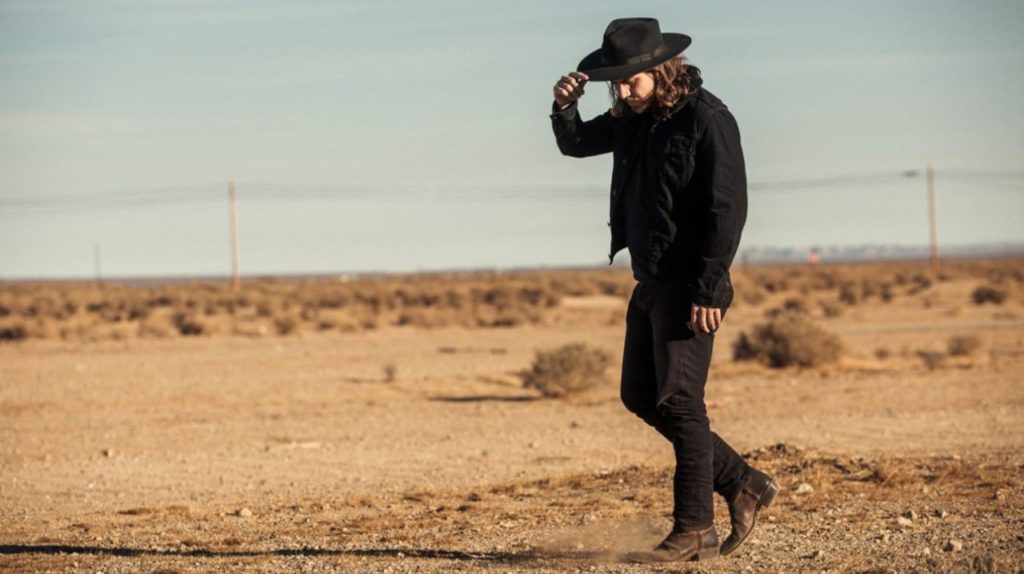 ListenIowa was fortunate to catch up with Morrow recently, talking briefly about his love of Texas, being an outsider in the commercial country scene and, of all things — chicken stuff.

You’ve been on the road while now, promoting your latest album, “Concrete and Mud.” Some of these venues you’re playing are of the smaller variety, but that’s not a direct correlation to the amount of buzz you’ve been generating. Things are moving for you.
Yeah, I’ve been touring seriously for the last five years. It’s progressively gotten better. Shows have gotten better, the people I’m touring with have gotten better. This is the busiest I’ve been in my life. I think I’ve been home three weeks in the last five months, but I love it. I’m still pretty young, so I like it. Maybe that will change when I’m older (laughs). But for right now, I love being on the move and having somewhere to go, somewhere to play and new people to meet.

At this point, do you see yourself continuing to headline the smaller clubs, or would you entertain the notion of hooking up with a bigger touring package and play some of the big sheds, but only get 20 minutes?
I’ve had great shows in smaller places, but I’ve done some big shows that were really fun, too. And I’ve done some big shows that really sucked. (laughs) I try not to have too much of an expectation walking into a gig, because it’s normally the opposite of what it is. You think it’s going to be good, and there’s a good chance it’s not going to be. (laughs). It’s just from my experience. I try not to think about those things too much and just do what I do.

How has the reaction to “Concrete and Mud” been in concert?
It’s been great. We’ve been playing it for six months now, so the songs have taken on their own identities, and sometimes they’ve changed as I bring in different band members and they have their take on the song and we try different things. The live show has been the most fun to form. It’s still sort of evolving. So it’s been fun. The people are liking it — or at least they’re telling me they like it. (laughs)

Is “Concrete and Mud” a reference to a place or thing in particular?
I was having trouble coming up with a name, and I actually wanted to name my record “Chicken Stuff.” Some people talked me out of it, and now I’m kind of mad at them. (laughs)

Why is that?
My mom, even now when I go home, my mom always makes “chicken stuff.” It’s like, chicken noodles, carrots, corn, whatever is around the house in the pantry. She’s just always called it “chicken stuff.” It’s like a stew/soup kind of thing. This whole record, I felt, was just kind of me going around cleaning house, finding what was in there, and each song was sort of a piece of me. “Concrete and Mud” is a reference to pounding the pavement, the road. I’ve had a lot of “muddy” parts in my life, if you will. I’ve been a drug addict and all that craziness, but I also believe that all those muddy parts made me into who I am, which is supposed to be represented by the concrete. You gotta have mud to have concrete. I liked “Chicken Stuff” because I didn’t want it (the record) to be serious. I didn’t want there to be, like, this moving motto to the record. I just wanted it to be fun music to play, which is the opposite of what my last records have been.

Just how bad did things get for you during those “muddy parts” of your life?
I started doing all that stuff when I was really young. I got sober when I was 20 years old, so it got bad pretty quick when I started. At that point in my life, I was essentially using music as an excuse to not have a real job. I was in a really bad place where I felt horrible, anxious, depressed. I was a “hope to die” drug addict. I was lucky to have people around me who love me and cared about me and knew what was best for me at the time. It wasn’t like I got it on the first try, either. Luckily, I’ve been sober for over seven years, and I definitely wouldn’t be here talking to you if I wasn’t.

You’ve got a lot of “spices” in your musical stew, one of them being a pinch of Bakersfield.
I’m a big Dwght (Yoakam) fan. Buck (Owens) and Merle (Haggard), too. I don’t think I’m a Bakersfield scene type of a guy, really, but yeah, there’s some music from there that definitely influenced me. There’s that cool California country scene re-emerging right now. There’s a real “community” that plays that type of music out there, and I think it’s pretty damn cool.

Do you even pay attention to what is deemed popular country music these days?
I can’t say that I care about that too much. I think the stuff they play on country radio is just pop music. I don’t have a problem with it; just call it what it is. I think the real issue is that some people are trying to change what certain genres of music are. Even the Americana genre is weird. It’s so broad, and it seems like every day they’re trying to shove something new into it. I just tell people I play country rock. Even the word “rock n’ roll,” people don’t even really know what that means anymore. You say you play rock n’ roll, and they’re like, “Well, what kind of rock n’ roll?” I just don’t have time to worry about it, though. I just make what I like and let people tell me what it is. (laughs)

Because you’re a country artist, and Nashville is the epicenter of where things, at least commercially, seem to be happening right now, was there ever a thought of locating there because of that? Or was it more a case of you NOT wanting to locate there because of that?
Nashville is a great town, but you can live anywhere these days, especially with the Internet. It’s kind of harder to stand out in Nashville, too. A move there doesn’t intrigue me. I think if I were to move out of L.A., I’d move back to Texas. I really miss Texas. I’ve got the state of Texas on my chest. (laughs)

What’s the allure of Texas, do you think?
There’s just a feeling of home there for me. I love the pride people have in it. The food is great, and that’s where my family is. There’s just a certain pride about Texas that I don’t think many other states have. There are a lot of cool cities there. Houston, Austin, Dallas/Fort Worth has a great music scene, as does Lubbock, Amarillo; it’s just a great place. You make me want to move back there now. (laughs)

The “Quick Fix” video at the car wash looked like a lot of fun to make.
Yeah, it was. (laughs) About a year ago, the guy in the video, Ben Reddell, who is a musician and promoter around L.A. and a good friend, he was like, “Hey man, let’s go to the car wash. I need to take some pictures to promote my show.” So we took some funny pictures of him, like, provocatively washing his car. Then when me and my friend Chris Phelps, the director and the producer of video, were thinking of what to do for the video, we decided we should just get Ben to wash his car. He’s just the perfect mix of awkward and cool, you know? He really sells it. I didn’t want to make a generic Americana video that’s sappy and sad. I wanted to make a hip-hop video. (laughs) We shot it in like, half a day. I’m stoked to do more videos like that. I think the world needs more less-serious stuff. It’s a really messed up time right now, and I think we need to laugh and be able to make fun of ourselves and not be so outraged at everything. 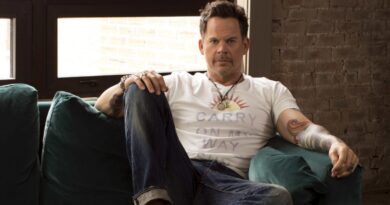 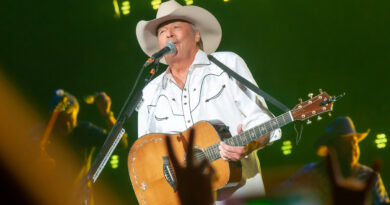 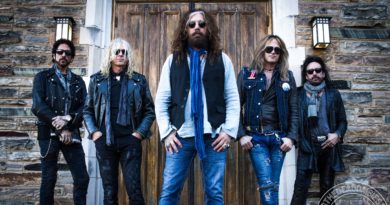 Ready To Burn: A Conversation with John Corabi of The Dead Daisies