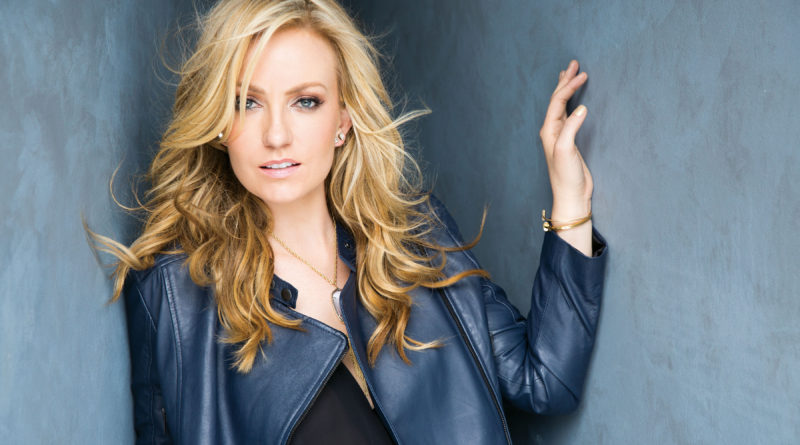 But really, this isn’t anything new. Most artists — country music or otherwise — suffer from a lack of genuine authenticity. After all, their job is to simply tell stories set to music, whether they’ve lived them or not. If the listeners can draw a correlation between what they are hearing and something they’ve actually experienced themselves, it’s the formula platinum records are made of.

And Nashville singer/songwriter and recording artist Clare Dunn wants a piece of that platinum action.

The Two Buttes, Colorado-born Dunn has been hard at work the past few years attempting to get her foot in the door as a household name in what has become an extremely competitive country music market. 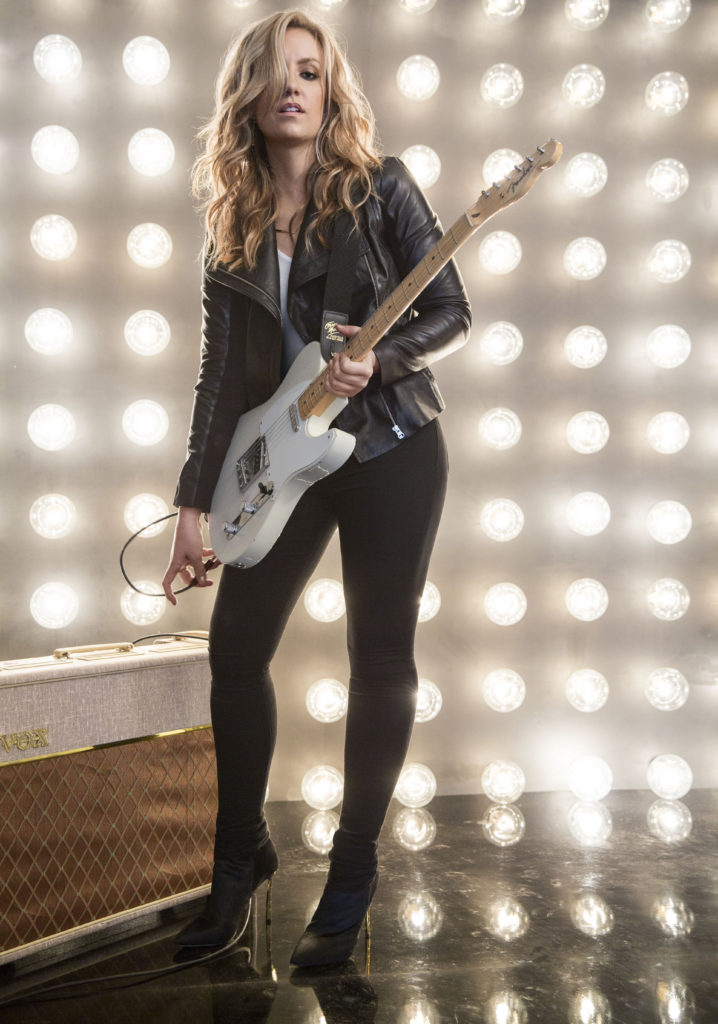 Dunn has some aces in her deck, though. Her guitar playing chops are well beyond the token strum of the A, D and G chords. Solos and lead breaks are the rule, not the exception. Her songwriting is solid, and she’s proven that putting 100,000 miles in a pickup truck pulling a trailer is something she is willing to do.

But the real trump card? Authenticity.

You want country? You got it. There are those who sing about being country, and the precious few who are country. And that’s Dunn — country to the core.

The second of two daughters, Dunn comes from a long line of farmers and ranchers. When she talks about driving pickup trucks, it’s not something she’s heard about — it’s something she’s done.

“We drove combines, tractors, and raised cattle and wheat as a small family operation,” she said in a phone interview. “Growing up on a farm shaped who I’ve become, without a doubt, and I am very, very thankful for it.”

Dunn has slowly but steadily built a following in recent years, beginning with the release of her “Clare Dunn” EP in 2015. After more rigorous touring, Dunn caught a break when Sirius XM satellite radio began playing the track “Cowboy Side Of You.” That boost was enough to catch the attention of Universal Music Group Nashville, who then signed Dunn to a record contract, and tours with Keith Urban, Miranda Lambert, Luke Bryan and Bob Seger ensued.

Locals will get a shot a seeing Dunn in much closer and intimate venue this weekend when she performs at the first-ever Guthrie’s River Ruckus Eat & Greet event at the Guthrie County Fairgrounds Event Center. The acoustic-only event is limited to 300 people.

“It’s going to be a little different,” Dunn said. “This will be stripped-down, acoustic, intimate and personal. I think there’s going be a Q&A, too. I always love when I get a chance to do something like this. It will be fun.”

Dunn took a few minutes to speak with ListenIowa prior to event, discussing her small-town upbringing, paying her dues on the road and being one of the few female lead guitar players in country music.

Two Buttes, Colorado. What does a town with a population of 43 consist of exactly?
(laughs) When I was growing up, there was a convenience store/restaurant, but that went away shortly after I graduated from high school. There’ s a post office; a grain elevator that I spent many a day hauling grain to while growing up; a church; and an old gym. There was a school there until the 1960s, but all that’s left is the basketball gym. And then there are a couple of dozen of houses, too.

What was it like growing up in that decidedly non-glamorous rural area of Colorado?
It’s very, very rural; it’s all ag country out there. My parents both came from farming and ranching families, and they started out with nothing and just blood, sweat and teared it and put a farm together. My sister and I grew up helping them. It’s just what we did. We drove tractors, raised dryland wheat, and drove cattle. It was a fantastic way of growing up. It taught us work ethic and makes what I do now seem like a vacation every day. (laughs)

Looking back on those formative years, did being raised in that environment end up helping you artistically in any way?
Absolutely. It has shaped every aspect of what I do, especially my writing and my viewpoint of the world. I see things through the lens of someone who grew up on a farm. If I’m not out on the road, or in the studio or writing a song, I feel like I’m worthless. I keep my team around me pretty busy. (laugh). I’m sure they wish I’d take a day off. (laughs) I’ve got to keep living the dream every single day, otherwise I think I’ve wasted a day.

And having grown up on a farm, it gives your music a level of authenticity, too. Let’s be honest: There are some country artists who sing about the farm but have no clue as to what it’s actually like.
(laughs) Ohhhh, I know exactly what you mean. (laughs) There are some guys I know who couldn’t drive a stick-shift pickup, let alone a tractor.

When did you know that you wanted to be a singer/songwriter as opposed to staying on the farm?
I’ve known since I was very little. One of the major advantages my sister and I had growing up were our parents. They didn’t want to force their girls into coming back to the farm, because, to a certain extent, there was that pressure on them even though it may not necessarily have been their dream. There’s nothing wrong with going home and farming if that is your dream, but my parents wanted us to learn what our dreams were. My mom, from when I was very little, she picked up on the fact that I was always singing and dancing. We were lucky that there was a small dance studio about an hour from our house, so she enrolled me in dance classes. That’s where fell in love with entertaining. But I didn’t know how to go about pursuing music. I didn’t know that a person could even write songs. I don’t know where I thought songs came from, but I had no concept of it. 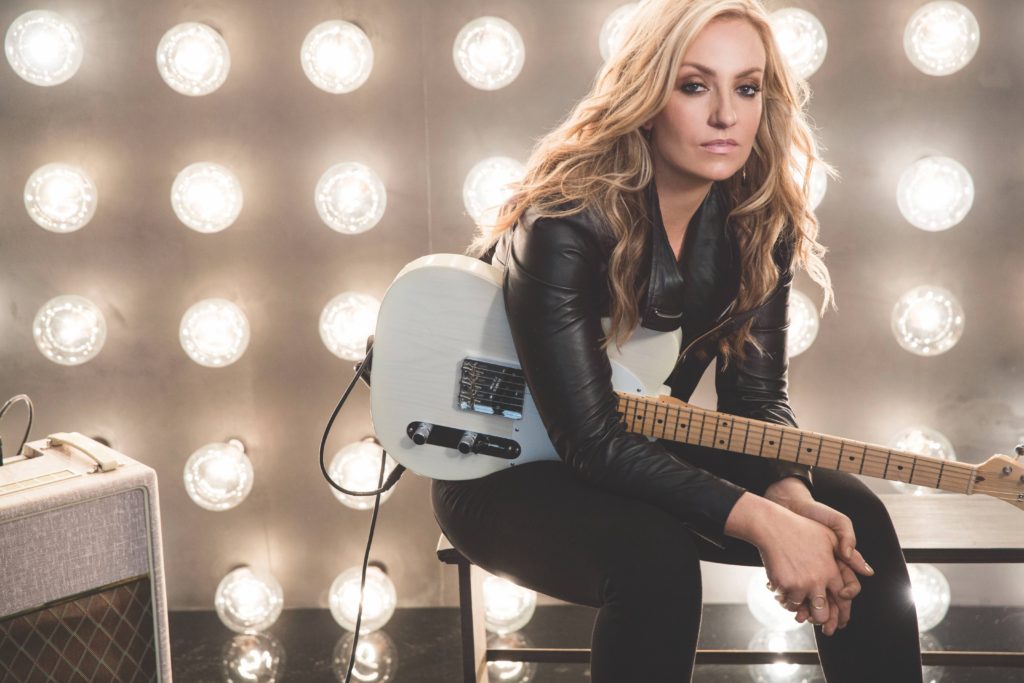 You went to college and then decided to really “go for it” after that.
Yeah, I had nothing when I moved to Nashville, so college was my foot in the door. I moved here, didn’t know a soul, but through college I got some internships and basically went from ground zero. I got a publishing deal, then went on the road, then a buzz kind of started and I got a record deal. I put music out on my own, then started driving around the country in touring in an F-150 and a trailer with all the guys in the band.

Was it a struggle at times for you as an unknown artist out there on the road? Work ethic or not, it had to be difficult at times.
Very much so. The work wasn’t the hard part. The hard part was the gut-wrenching feeling and asking yourself if it was going to work. Sometimes there was nobody there. You feel like you’re just wasting your time. There were just four of us, and there would be many a night when there were more people onstage than in the club. (laughs) I’d be packing up my gear at the end of the night and saying to myself, “What am I doing? Is this going to work?” The hardest part was battling back that fear. You’re always going to have doubts. You have to just put them in the back of your mind and keep on going.

Your parents must have been very supportive of your efforts.
Yes, for sure. They saw how much I wanted it. I had an inner belief, too. A great support system was so important. There’s just not much room for doubt out there. It can eat you alive if you let it.

And then came “The Cowboy Side In You,” a track from your EP that put you on the map.
That was a very important song. Sirius XM really took notice of it and started playing it. Things started moving. People were starting to come to our shows and knew that song. We were still out there in a pickup and a trailer, but that was the song that brought Universal to the table, which was huge.

Your approach to playing guitar playing is unique in that you go beyond just strumming. You play some leads and help take things up a notch by adding that element to it.
I was always obsessed with sounds growing up. I knew that I wanted to have my own sound as an artist, and I felt that the guitar was a tool that could help me achieve that. I didn’t start playing because I wanted to be a guitar hero, I just wanted to have a way to speak to musicians and get certain sounds out of my head in a tactile way. Eric Clapton is my biggest influence as a guitar player, and then I learned who he was influenced by, particularly the blues players like Albert King and B.B. King. For whatever reason, I’ve always connected with blues players more so than maybe your chicken-pickin’ country player. I love the heart and the soul and the emotion that is captured in blues playing. I’d rather be moved by the emotion of the solo rather than the technicality. That, and growing up in devastating ag country is kind of a connecting factor to that, I suppose. (laughs)

And by being a better guitar player, you’ve expanded your music arsenal. You have more elements to draw from. The track, “Tuxedo,” as an example, has a reggae sort of sound early on, which is unique.
(laughs) Nothing about that song was intentional, though. We were just in the moment. The message, though, is very intentional. It’s a viewpoint I had been trying to express lyrically for a long time. I felt like, being a female in country music, at times, you’re not necessarily looking at a guy positively. I wanted to express what I grew up watching with my parents, that kind of mutual admiration.

Why do you think that lead guitar playing is still predominantly a male-oriented thing, no matter the music genre?
I don’t know. There shouldn’t be fewer female players than guys, because it’s as accessible to women as it is with guys. There probably is a certain intimidation factor in getting going. I know it was with me. My message to girls is that there’s no need to waste your time like I did and be intimidated by it. Girls can play just as good as anybody else. It’s definitely a goal of mine to get more girls playing.

What is more important to you at this stage, playing live or getting new music out?
I love creating new music and am not opposed to that, but I truly love being out on the road. Being on stage is half the reason I love this. For me, it’s a joy and a constant vacation. I love to see the people, meet them, get to know their backgrounds and see all that we have in common. We do meet and greets before and after almost every show. That’s always good for my soul. Playing is something that I want to be doing when I’m 70 — kind of like Bob Seger. (laughs)

Guthrie’s River Ruckus Eat & Greet
Date: Saturday, Feb. 24
Where: Guthrie Center Fairgrounds Event Center
Tickets: $35 and up and include a seat at the table, a meal and an acoustic performance by Clare Dunn.
Happy hour: 5 p.m.
Meal:  7 p.m.
Showtime:  8 p.m. 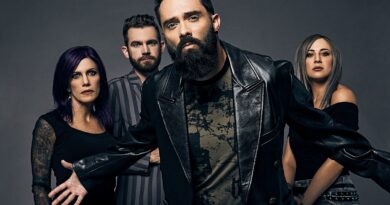 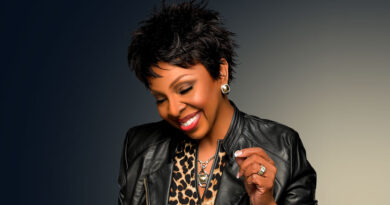 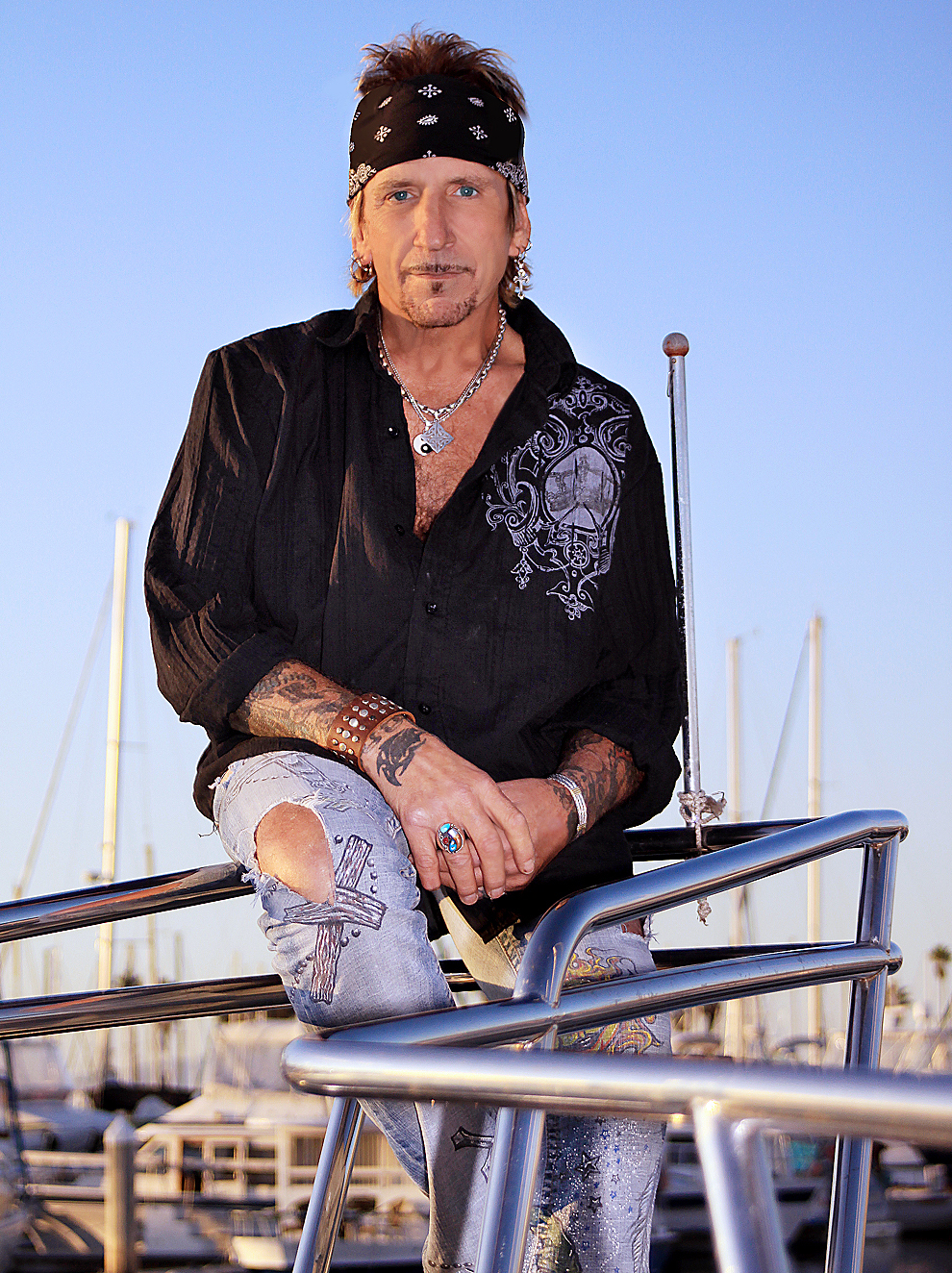 To Hell and Jack: A Conversation With Jack Russell