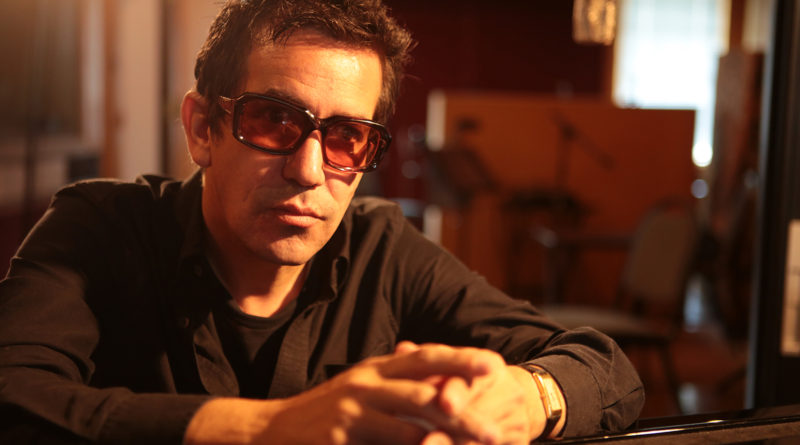 Imagine being an artist with the last name of McCartney, Presley or Cash. Big names, big shoes to fill.

But for A.J. Croce, being the son of one of the one of most beloved singer/songwriters of the early 1970s does not carry with it the unwieldy albatross of expectations one might think. 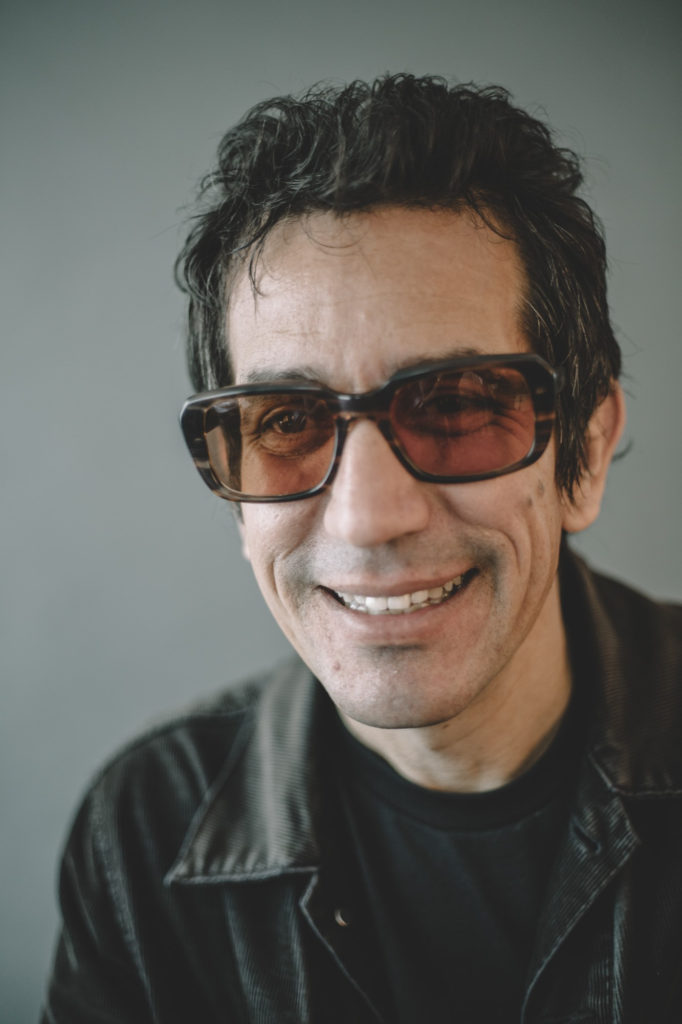 Yes, his father is THE late Jim Croce, creator of timeless classics such as “Operator,” “I Got A Name,” “Time In A Bottle,” and “Bad, Bad LeRoy Brown.” And yes, early on in his career, A.J. felt the sharp stares of audiences before they’d heard note one. But nine albums and a now-three-decade career later, A.J. Croce  stands as his own man.

That’s not to say life has been a stroll down East Street. His famous father died tragically in a plane crash just prior to Croce’s second birthday, and a couple of years later, the younger Croce went blind in both eyes due to brain tumor syndrome. He eventually regained sight in his left eye, which he retains to this day.

More recently in 2018, his wife, Marlo, died suddenly of a heart virus while he himself was in the midst of a health scare. Overnight, Croce became a widower.

It was a difficult time for the now-47-year-old. Eventually, however, there was light.

“I had an opportunity to choose how I wanted to live my life,” he said in an interview with ListenIowa. “I could live in the past, or I could continue pursuing the things that inspire me and remain positive about the beautiful things in life. It was a state of mind that allowed me to recognize that I find a great amount of joy in life and music and laughter, and I wasn’t going to let that go. It was just going to be different.”

ListenIowa spoke with Croce in the midst of his current tour, which will bring him to Iowa this week for a pair of performances. Croce will take to the stage at the Des Moines Social Club this Thursday night, July 11, at 7:30 p.m., followed by a show the next night in the northwest corner of the state at the Pearson Lakes Art Center in Okoboji at 7:30.

ListenIowa: Does a certain pressure exist in having an instantly recognizable last name?
A.J. Croce: I think when I was a kid it was that way. Once I became an accomplished musician and was asked to play with James Brown, Ray Charles, Aretha Franklin, Willie Nelson and so forth, it was only in other people’s heads.

LI: You’re a hard one to pin down, with elements of soul, jazz, and blues in your catalog of songs. You don’t seem to be afraid of musical exploration.
AJ: To me, it’s really important to learn. The only way I can truly be original is to understand the history of where it came from.

LI: Do you have a style of music, though, that, no matter what, you always know that you can turn to?
AJ: Yeah, soul music, to me, is anything that has a heart. To me, that’s always been the core of what I do. It has to be soulful and mean something.

LI: You’ve said that your song “Cures Like Medicine” is a “thank you note to your late wife, your muse, Marlo.” Who was Marlo to A.J. Croce
AJ: She was my best friend for 28 years. We had two kids together and travelled all over the world together. We laughed a lot. We loved each other more than you can love anyone.

LI: How did you cope when she passed?
AJ: Really, it was time. There came a point six or seven months after she had passed away where I realized that my life was going to be different, and all kind of things were going to change. Everyone copes with loss in a different way. I saw an enormous amount of freedom to do a lot of the things I wanted to do, whether it was recording, writing, touring. And I had so many dear friends that were supportive. Once I came to that conclusion, the music came back. I’ve felt really creative ever since.

LI: What message did you want to convey with “Cures Like Medicine”? 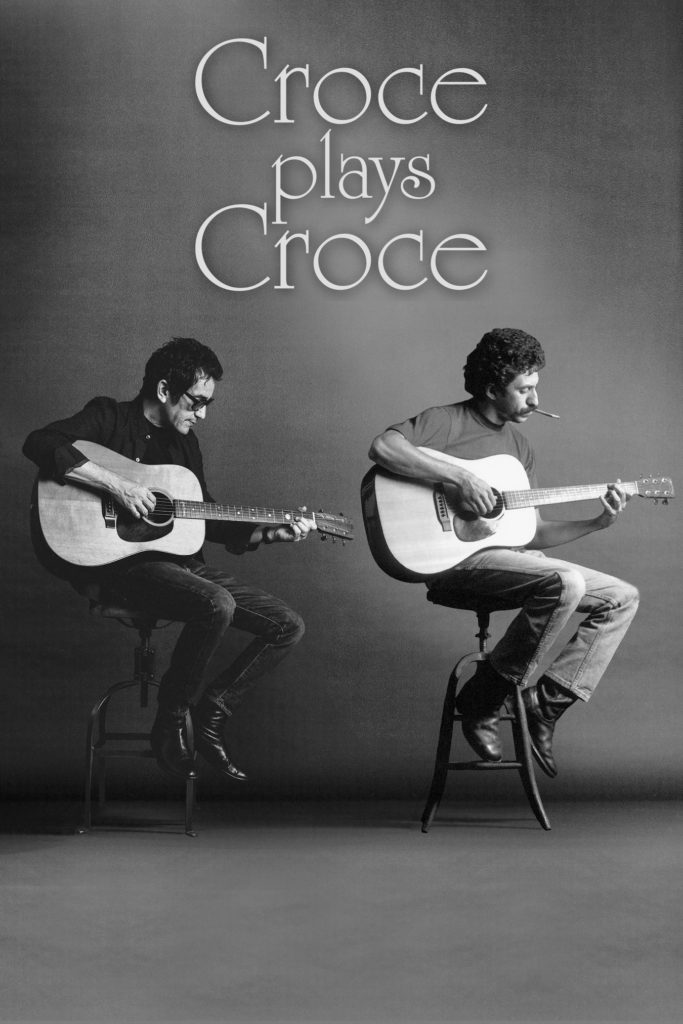 AJ: The song is something that she (Marlo) heard when it was recorded. I had written hundreds of songs for her, but that particular song I wrote during a tough time. I was broke, moving from California to Tennessee, and wasn’t sure about my future. I was starting over in a lot of ways. But we had each other. That’s what the song is about. Having that person in your life that is with you no matter what.

LI: Why the move to Nashville?
AJ: I’d lived here before. It’s the center of music of all kinds right now, and I knew I’d have work here. I knew I could be creative in a creative environment, and I have a lot of friends here. I loved it, so we came back.

LI: Has the return to Nashville been what you thought it would be?
AJ: It’s been more than I thought it would be. The community I live in is so creative. I live in east Nashville, and there are a lot of artists everywhere. It’s really diverse, from rock artists, to bluegrass artists, to singer/songwriters. There’s a real community. A lot of stuff is done on the barter system, which I love. It’s, “Hey, will you play on this session?” In L.A., unless there’s a project or money involved, you don’t do it. Here, someone just knocks on your door and says, “Hey, what are you up to? Do you have a couple of hours to play on something?”

LI: On the current tour, you have some shows that it’s you your music, and others that are called “Croce Plays Croce.” What are the differences between the two?
AJ: In my show, I have a list of songs from my 26 years of recording. If I want to play an old Fats Waller song, I will. Sam Cooke or Otis Redding, it doesn’t matter. It’s really free and energetic. Croce Plays Croce is really a tribute to the connection between my father and I and our influences. I grew up listening to his record collection. I was more influenced by it than I was him. That’s not saying I didn’t love his music, but as a kid, I lost my sight, and I got turned on to Ray Charles, Stevie (Wonder), these guys who didn’t see. For me, going through my father’s collection and finding Woody Guthrie, some old Coasters thing, Elvis Presley, Muddy Waters, or Mississippi John Hurt, any of those things, that was like a connection to my dad. When I play that show, I play my father’s songs that people know, and I play my music that connects to it in one fashion or another. And then I play the music that really inspired us both.

LI: Of your dad’s work, are there any pieces that you are particularly proud of? Songs that you enjoy playing, whether they were known or otherwise.
AJ: Yeah, there are a lot of them. Maybe not what people would think, for different reasons. The guitar part on “These Dreams” is beautiful. The story behind “Box #10,” the story behind it is really strong. “Lover’s Cross” is one of my favorites. That’s not to say I don’t play “You Don’t Mess Around With Jim” and “I’ve Got A Name,” but those are some that I like the most. I didn’t get to know my father. He died when I was 2. His career was only 18 months and three records. Everything that people know about my dad, he was really just a full-time musician for 18 months.

LI: Your longevity has been far greater. You got into the industry at a very young age.
AJ: I’ve been a full-time musician since I was 15. I started off playing garage rock, then went to playing Gershwin to Cole Porter and that stuff in jazz bars. When I was 15, I met Floyd Dixon, who was a well-known boogie player in the 1950s from the Central Avenue scene in Los Angeles. He kind of took me under his wing. Strangely after that, I got my first paying session from Cowboy Jack Clement in Nashville. I was 17 when I recorded that. Then B.B. King heard me. I wasn’t signed yet. I didn’t have a manager or agent yet, but they heard me and just like the way I played. All the other stuff sort of followed. I’ve been lucky that so many musicians I’ve admired, we’ve had a sort of mutual admiration society in a sense.

LI: Did you ever play with Fat Domino?
AJ: I didn’t. I love Fats, but my first big New Orleans influence was Allen Touissant, who I did play a lot with. He produced a couple of songs of mine. When I was in New Orleans, he would sit in, and we’d play a couple of songs together. By the time I was 13, I became really hooked on his music. I had been writing a lot with Leon Russell, and Allen had always wanted to work with Leon but they’d never had the chance. So he (Touissant) was really happy to be able to produce a song the two of us wrote. There was no pressure being the piano player on that session. (laughs) 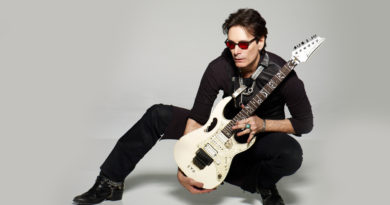 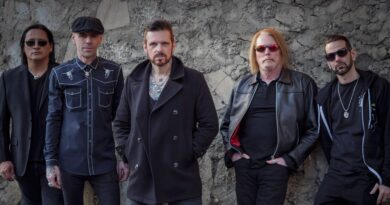 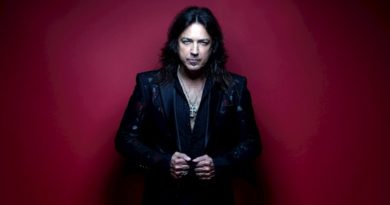