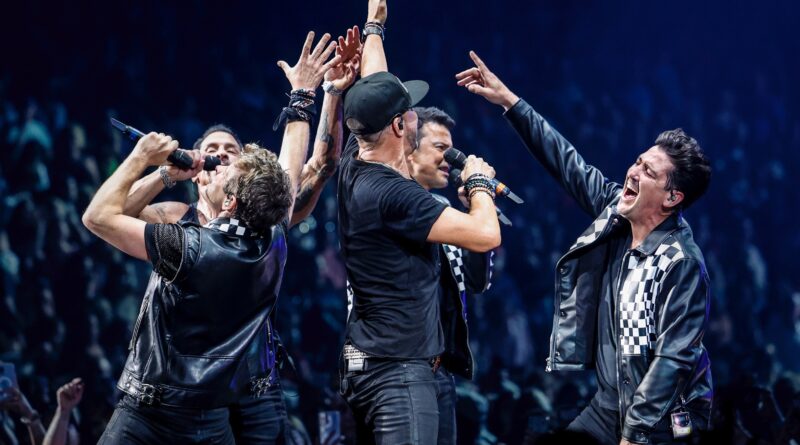 What does a computer, sliced bread, Pinterest and New Kids on the Block (NKOTB) have in common?

All were brought to you by none other than the great state of Iowa.

Alright, alright. We see all of your “Whatchou Talkin’ ‘Bout Willis?’ side-eyes out there. But elieve it or not, it’s true. It’s well documented that the first computer was invented right here at Iowa State University, and the inventors of sliced bread and Pinterest called Iowa home, as well. So where does the biggest boy band in the world fit into that equation?

Well, according to lead NKOTB ab thruster Donnie Wahlberg, the group’s first live show took place right here in Iowa. In Davenport, to be specific. We can’t confirm it, but folks, this came straight from Mr. Wahlberg’s mouth during Sunday night’s Mix Tape 2022 Tour featuring NKOTB, En Vogue, Salt-N-Pepa, and Rick Astley at Wells Fargo Arena in Des Moines. Even if it wasn’t true, who cares? It sounds good. Wahlberg was “Des Moines, Iowa!” all night. As in, possibly 27 times or more. And that’s betting the under. This is the stuff collegiate drinking games are made of. Regardless, we loved being loved, Donnie, so thank you.

As to the show itself? Love ’em or leave ’em, you have to hand it to these acts for staying in such good shape, vocally and otherwise. Despite every performer being on the wrong side of 50 after 30+ years in the industry, there wasn’t a dad (or mom) bod to be found. And they let you see it for proof. 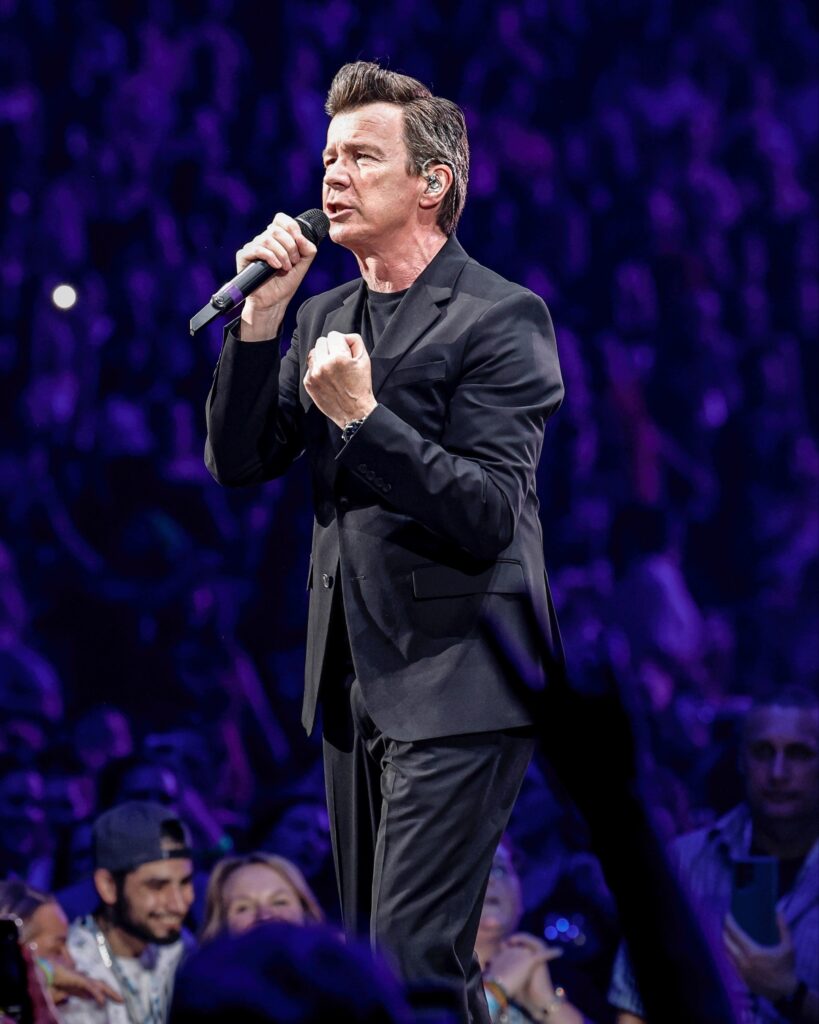 The lead instigator was Wahlberg. When he wasn’t singing, he was busy lifting his shirt up to varying heights for the camera. One time it was a couple inches to show off his tanned abs. The next time it was stuck to the bill of his sparkly “NKOTB” hat, much to the glee of a few thousand shrieking women. And, to be fair, probably some men, too.

Wahlberg, Jonathan Knight, Jordan Knight, Danny Wood, Joey McIntyre each emerged from rotating doors, dressed in black jeans and black leather coats or checkered vests to “Block Party” “My Favorite Girl,” “Dirty Dancing,” and “Summertime.” But it was during “Cover Girl” that Wahlberg began to flex his muscle, so to speak. Unfortunately, it wasn’t his singing muscle. Props to Wahlberg for not lip-syncing, but the other part of the singing equation is getting it right and on key. That didn’t always happen. But each and every time that train derailed, up came the shirt and all was forgiven. It’s funny how that works.

NKOTB closed out their portion of the opening set with  “You Got It (The Right Stuff)” and “The Whisper/Shout” before giving way to En Vogue, who promptly launched into one of their biggest hits, “My Lovin (Never Ever Gonna Get It)”. The now-three-piece sang “Free Your Mind” before giving way to Astley on a small stage located at the other end of the arena. After “It Would Take A Strong Man,” NKOTB returned once again to “House Party” and their copping of Billy Squier’s “The Stroke” riff in “Hold On.”

Finally, it was Salt-N-Pepa’s turn, as the duo belted out “None of Your Business,” “Expression,” and of course, the much-talked-about-back-in-the-day’s “Let’s Talk About Sex.”

And so it went the rest of the evening, with acts weaving in and out of each other’s performances. Doing so is a risky proposition. On one hand, it can take away the momentum an artist may be building with its crowd. Just when things start to get going, boom, they’re gone. On the flip side, however, it all but eliminates the ebbs and flows of concert going. If an act isn’t good at pacing, two straight hours can seem like an eternity. But it was a chance NKOTB was willing to take, and fortunately for them, it worked. Not only did it give the audience “breaks” from artists, it also allowed for some interesting cross-pollination as well, such as the En Vogue/NKOTB  pairing during the former’s “Whatta Man.” 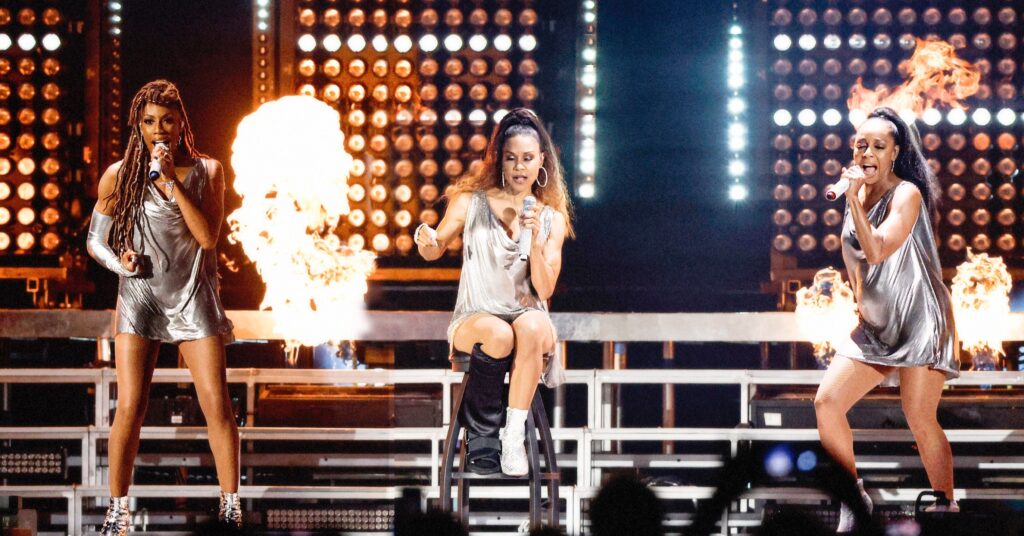 But this was NKOTB’s night’s, make no bones about it.  “Please Don’t Go Girl” featured a nice vocal performance from Joey McIntyre, and “Baby, I Believe In You”and “I’ll be Loving You Forever” proved that there is indeed some gas left in the group’s tank.

All in all, through the abs, grinding rear ends and a whole lot of other shaking goin’ on, it was a good night on Planet Karaoke. Mix Tape 2023 anyone?

All photos courtesy of Reese Strickland 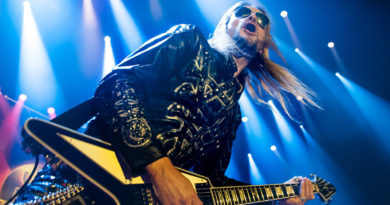 No Surrender: A Conversation With Judas Priest’s Richie Faulkner 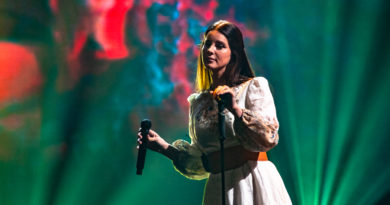 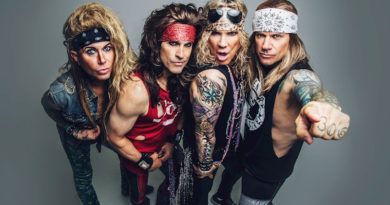