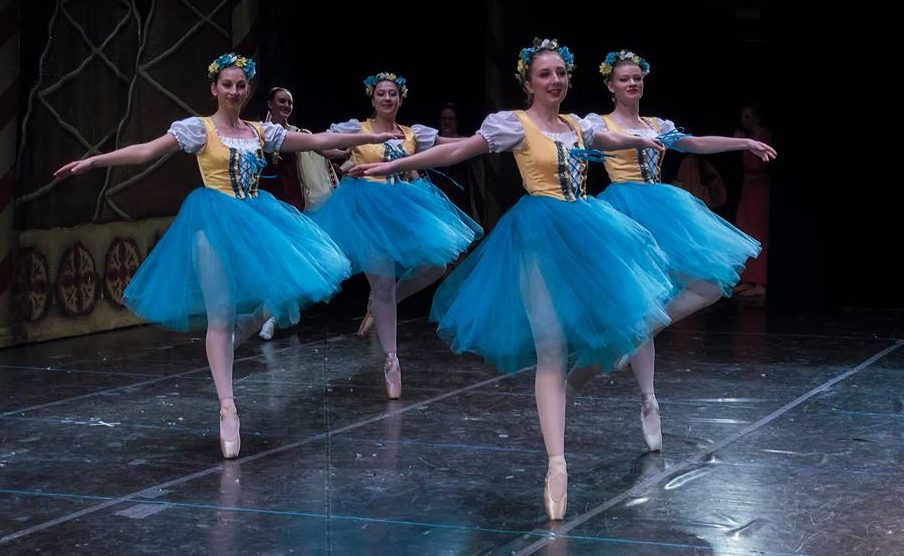 A cast of more than 200 dancers from more than a dozen central Iowa communities will delight audiences of all ages in this holiday masterpiece. This production features choreography by Robert Thomas and Miyoko Kato Thomas of the Dancenter in Ames.

“The Nutcracker Ballet” tells the story of a young girl, a heroic prince, and the fantastic dream they share. From the opening party scene to the last tinkling notes of Tchaikovsky’s famous score, a festive holiday spirit permeates the whole performance.

Along with exceptional local talent, “The Nutcracker Ballet” welcomes new professional principal dancers Kathleen Martin in the role of the Sugar Plum Fairy and Ryan T. Jolicoeur-Nye as her Cavalier.

Kathleen Martin
Martin is originally from Grayslake, Illinois and is now in her sixth year as a professional dancer. She joined Ballet San Antonio in 2015 and was quickly promoted to soloist for the 2016 season. She had an outstanding season last year performing in the annual “The Nutcracker Ballet” where she danced the role of the Sugar Plum Fairy and the Snow Queen.

Martin continues to be a principal guest artist with A.V.A Ballet Theater based in Reno, Nevada and is on faculty for The Jillana School Summer Intensive Program, focusing on Balanchine technique and style. Ms. Martin was the interim ballet mistress for True Dance Academy of Lincoln, Nebraska.

Ryan T. Jolicoeur-Nye
Jolicoeur-Nye began his training at the age of 16. After a year of studying under renowned Kirov dancer, Andrei Bossov, he joined the Royal Winnipeg Ballet’s Professional Division on full scholarship. During his time with RWB, Jolicoeur-Nye had the opportunity to work with many international choreographers, as well as create three of his own ballets. While still a student, he danced several performances with the company, including soloist roles in the “The Nutcracker Ballet.”

As a choreographer, he has created ballets for Ballet Idaho, Kansas City Ballet, Royal Winnipeg Ballet School, and the Kansas City Dance Festival. He has also had his work performed by dancers from companies all over the world, including Alberta Ballet, Miami City Ballet, Richmond Ballet, Tulsa Ballet, Cincinnati Ballet, Kansas City Ballet and the Finnish National Ballet. Ryan’s work has been presented on stage alongside choreographers including Christopher Wheeldon, George Balanchine, Marco Goecke, Ma Cong, Mathew Neenan, Garrett Smith, Davide Bombana and Douglas Lee. In 2017, Ryan was recognized for his Kansas City Ballet School work “Concerto 21” and awarded “Outstanding Choreographer” by Youth America Grand Prix. Ryan’s choreography has been featured in KC Studio magazine and was recently performed in Niigata, Japan.