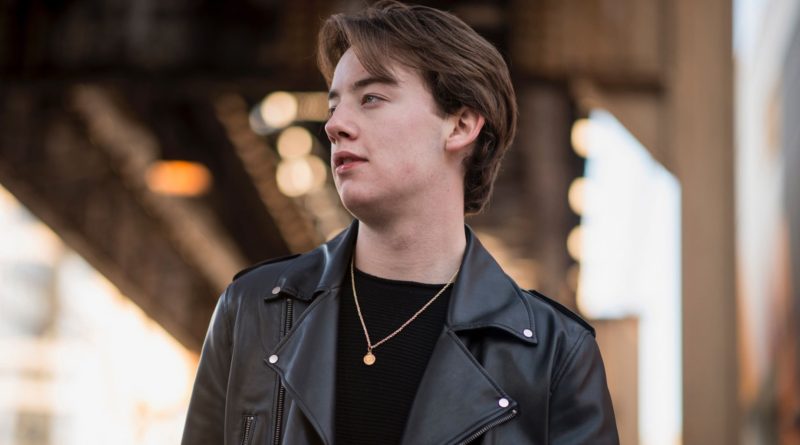 Quinn Sullivan has taken a few more trips around the sun since having been labeled a “guitar prodigy” a few years ago as an up-and-coming, pint-sized blues player from the netherlands of New Hampshire.

Despite performing in a genre steeped in spectacular amounts of six-string history from the likes of guitar kings named Vaughn, Clapton, King and Hendrix, to name just a few, Sullivan has managed to keep his head above water and his ego in check as he moves forward in his quest to get his name etched on that hallowed marquee.

Being the “next big thing” hasn’t been easy for the now-19-year-old who grew up a self-proclaimed outsider. While the other 6-year-olds were busy celebrating the carefree elementary life, Sullivan was off jamming on stages with adults whenever and wherever he could. That, he said, was all he wanted to do.

“I’ve always been that kid who was doing things differently than the others,” Sullivan joked in a recent interview with ListenIowa. “That’s just who I was, and still am.”

Since receiving the seal of approval from another blues legend, Buddy Guy, at the tender age of 8, Sullivan’s trajectory has been steady and upward and included the release of three studio albums, the latest of which was 2017’s “Midnight Highway.”

Sullivan makes no bones about his love of Guy and the important role he has played thus far as a mentor, and a friend. 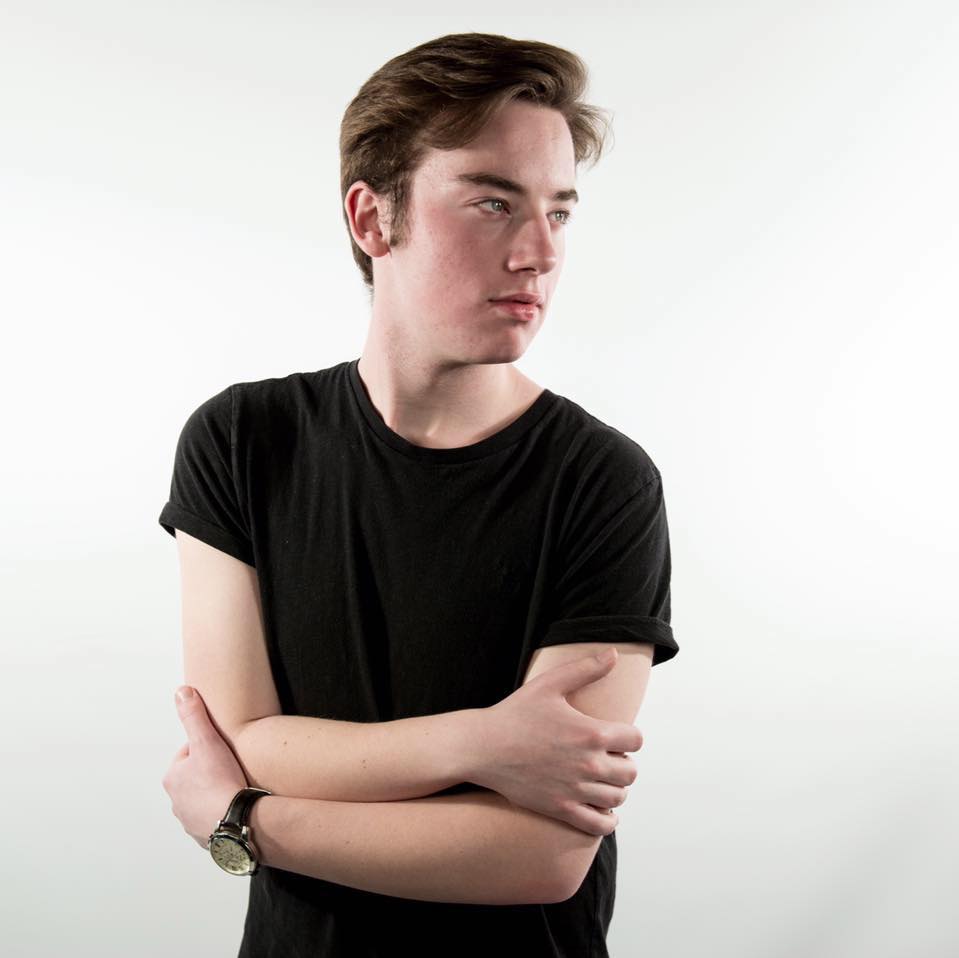 “It’s crazy that Buddy and his people would take a chance on a kid,” Sullivan said. “But they did, and it has helped so much. Because of that, I can never, ever forget who I am.”

Sullivan will once again be sharing the stage with his mentor, this time as part of Guy’s “The Blues Is Alive And Well” tour, which rolls into Des Moines and onto the Hoyt Sherman Place stage June 14.

ListenIowa caught up with Sullivan to chat briefly about his guitar beginnings, his relationship with Guy and the rumored death of guitar-based music, among other topics.

There aren’t a lot of 19 year olds with your amount of skill and knowledge of the blues. What brought you to this style of music and playing?
I started playing guitar when I was 3, and my parents had a ton of music in the house, whether it was the Rolling Stones, The Beatles, Grateful Dead, or the Allman Brothers. Those were the core bands I was getting exposed to. It wasn’t so I would pick up a guitar — they were just music fans. I asked for a guitar for one Christmas, and it went from there. I didn’t get too serious until I was like 5, when I started taking lessons.

What was it at age 5 that made you know that this was your thing? Most kids that age want candy and a baseball bat. Instead, you clung to a guitar.
I wish I had a crazy explanation, but all I can say is that I just loved it. When I saw bands like the Stones on TV and different videos of people playing guitar onstage, I just thought it was so cool. Music was just way more interesting than any of that other stuff.

You were on the “Ellen” show at age 6, a year after you say you “got serious.” Suddenly you’re playing guitar on national TV. Were you sitting in your bedroom woodshedding for 12 hours per day?
(laughs) Not at all. I would go to a lesson then go home and go over what my teacher was teaching me that week. I was fortunate to be able to catch on quickly. It didn’t seem to take a lot of work for me.

You must have had a good guitar teacher.
Yeah, I did. His name is Brian Cass. He works at Berklee now, but at the time he was teaching lessons and was also in a band called Toe Jam Puppet Band, who I would go and see every Monday at my local zoo. We’d show up every Monday, and they’d have the kids jumping around doing their thing. But while the other kids were doing that, I came with my guitar and was the odd guy out. (laughs) They’d let me sit on stage and hang out. I wasn’t really playing chords or anything, just kind of strumming along. They were really cool to let some kid go on stage and play. That lasted two or three years. “Ellen” came about because my dad would go online and search out different producers and see if they’d have me on. We didn’t have a manager or publicist or anything like that. It was very non-chalant, and he’d just reach out and see what happened. Ellen got back to us, so we went, and it was definitely one of those “Oh my God” moments. It was our first time on TV, our first time in L.A., our first everything.

And then came Buddy Guy.
Yeah, I met Buddy when I was 8 at a theater about 15-20 minutes where I live in New Bedford. That was a crazy night. We went to the show, and luckily my dad knew some people at the theater, and they were able to get us backstage. We walked backstage, and there was Buddy sitting in his chair. I’ll never forget him sitting there with this cool American flag, long-sleeve shirt on, the hat, the whole deal. I had my little Fender Squire Stratocaster with me and was wearing my polka-dotted suit. I did the whole bit. It was nuts. I was a nutty kid. (laughs)

Did you get to play anything for him that night?
Yeah, he actually asked me to play, so I played a couple of licks, and he said, “Be ready when I call you.” That moment right there, it was too hard not to be star struck. I walked out on stage later that night, and it literally changed my life right there. It became something real.

What’s the biggest thing you’ve learned from Buddy’s tutelage over the years?
I think the one thing that’s carried me along this ride so far is that, whether there are 100 people or 100,000 in the audience, you always give them 110 percent, all of the time. He said it perfectly: “You never know who is in the audience. You never know who is watching you.” And he’s right. You just never know. Sometimes the gigs that you don’t think are paying off, are. I’ve really stood by that, and it’s really helped me. I still get down at times when things don’t happen the way I want them to, but as long as I’m remembering that every night, I’ll be fine.

Who are some of the other blues artists who have had an influence on you and your style?
There are a lot of rock people, too, actually. I just recently got to play with Carlos Santana, and that was a huge honor. We have since become great friends, and he’s become a great supporter of what I’ve been doing. I got to play Crossroads at Madison Square Garden in New York City and was fortunate enough to meet a lot of people there. That was one of those things I’ll never forget for the rest of my life. I got to meet Eric Clapton, Greg Allman, Keith Richards and Jeff Beck — all of my heroes. It was a crazy deal.

Have you ever tried to step back and look at things from a perspective of how fortunate you’ve been thus far to be able to rub elbows with all of these greats?
Absolutely. I’ve had such great people around me for years and years. I think about Buddy; my mom and dad; Buddy’s manager, Max; my producer Tom Hambridge; and all of the different band members who have been with me since the age of 10. I really have been blessed.

Are you still just “Quinn Sullivan” to your friends when you go back home?
Oh, yeah. It’s like I’m not even doing what I’m doing when we get together. They even forget sometimes what I do. (laughs) 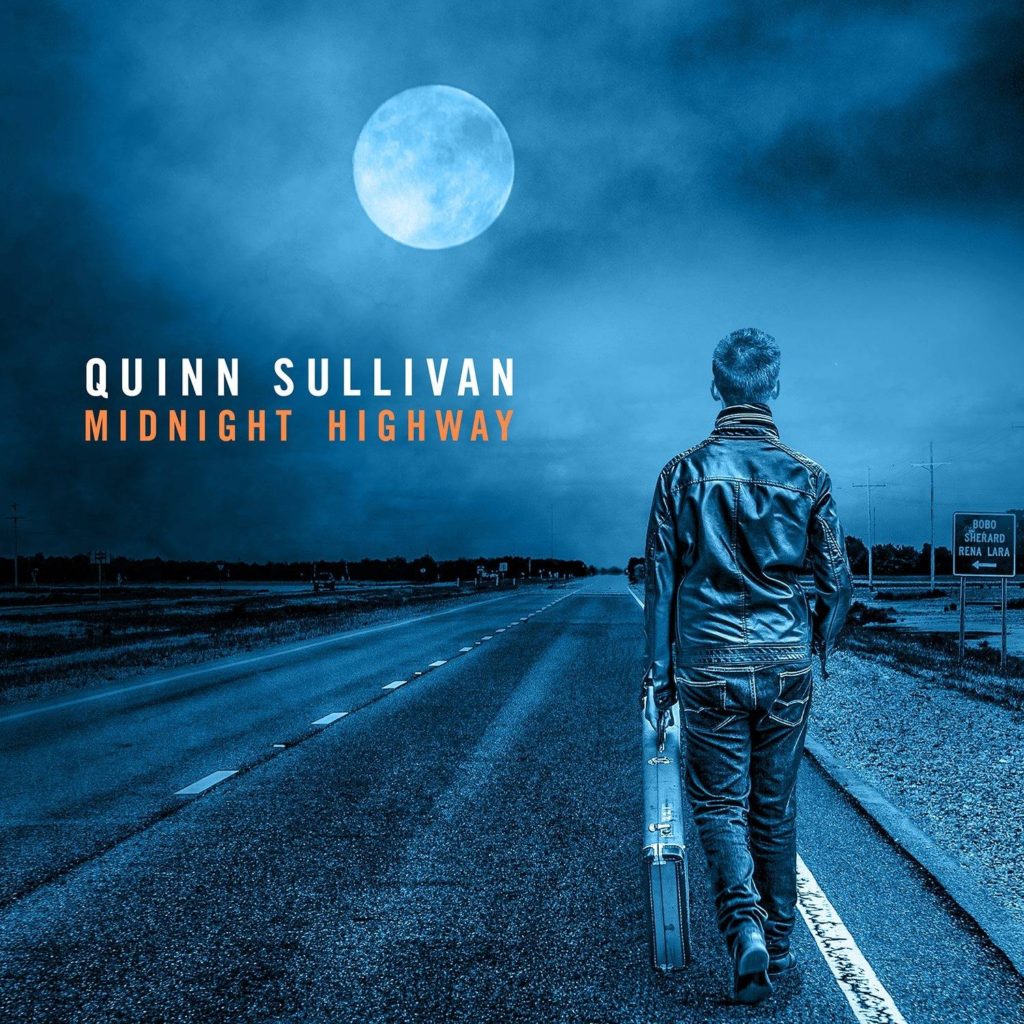 This album was so much fun to make. It took about a year-and-a-half in Nashville, kind of going back and forth because I was still in school. We’d go to Nashville from Friday to Sunday, record some songs, come home for a month, write more songs, then go back and do it again. It took awhile.

Stylistically, there’s a range of tones on the album, from “Eyes For You,” to “Going,” to covering George Harrison’s “While My Guitar Gently Weeps.”Yeah, it’s pretty diverse and showcases the different styles that I love. Not only do I love the blues, but I also love pop music, and soul music and rock music. I really wanted to incorporate that into an album, which I hadn’t done before. Going forward, that’s the direction that I want to go in. I’ll always keep the blues where it is, because you can’t just let that music die. It’s been going away a bit, but it’s such an important genre to music that we can’t let that happen.

There are definite pop music elements in your music and some big hooks there and there. Was that intentional?
Yes, definitely. A lot of people say pop music is dirty and it’s a bad word because you can sell out easily, but I don’t think of it like that. There are so many great artists who put out albums that are musically diverse. As long as you stay honest to yourself and what you’re doing, it’s going to be good.

The reality of doing this for a living is that there’s also a business aspect to it; it isn’t all just playing your guitar now. There are bills to pay, and you suddenly have to put butts in seats to make this work.
I know and I’m aware of all of it, but fortunately I’m not doing the nitty gritty parts. I don’t think I could do that and still make music. I started this at a very young age and just didn’t think about it. But now I realize how tough it can be out there, and you really just have to focus and really be a part of all of it. If all the elements aren’t there, it’s lost.

Are there any other players out there who you think are worthy of keeping an eye on?
There’s this kid named Brandon Niederauer who I’m good friends with who has also been labeled “the prodigy.” He’s 14 and has been in the jam band circuit for quite awhile now and has gotten to sit in with a lot of cool people, kind of like what I did. I see a lot of myself in him. Another guy I’ve been digging is Marcus King. He is really incredible. Both of those guys are carrying on the guitar. It’s funny because last month I was watching an interview with Eric Clapton, and they asked him if he felt the guitar was dying. He had the perfect answer and said he didn’t think it was dying at all. If anything, music is in a really great place right now because there are so many people doing it. Not everybody was taking this chance 20 years ago.

So you’re not buying into the “rock and blues and guitar is dead” theory?
No, not at all. If anything, I’m buying into the “there’s so many people out there doing it, let’s make it popular again,” thing. If you’re negative about anything in life, it will die. So you just have to be positive. Buddy is a true testament to that. He’s still playing his ass off every night and he’s 81. He’s the master. 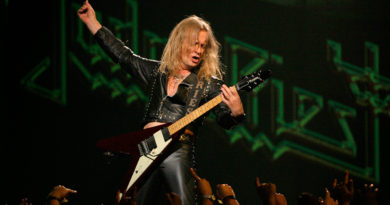 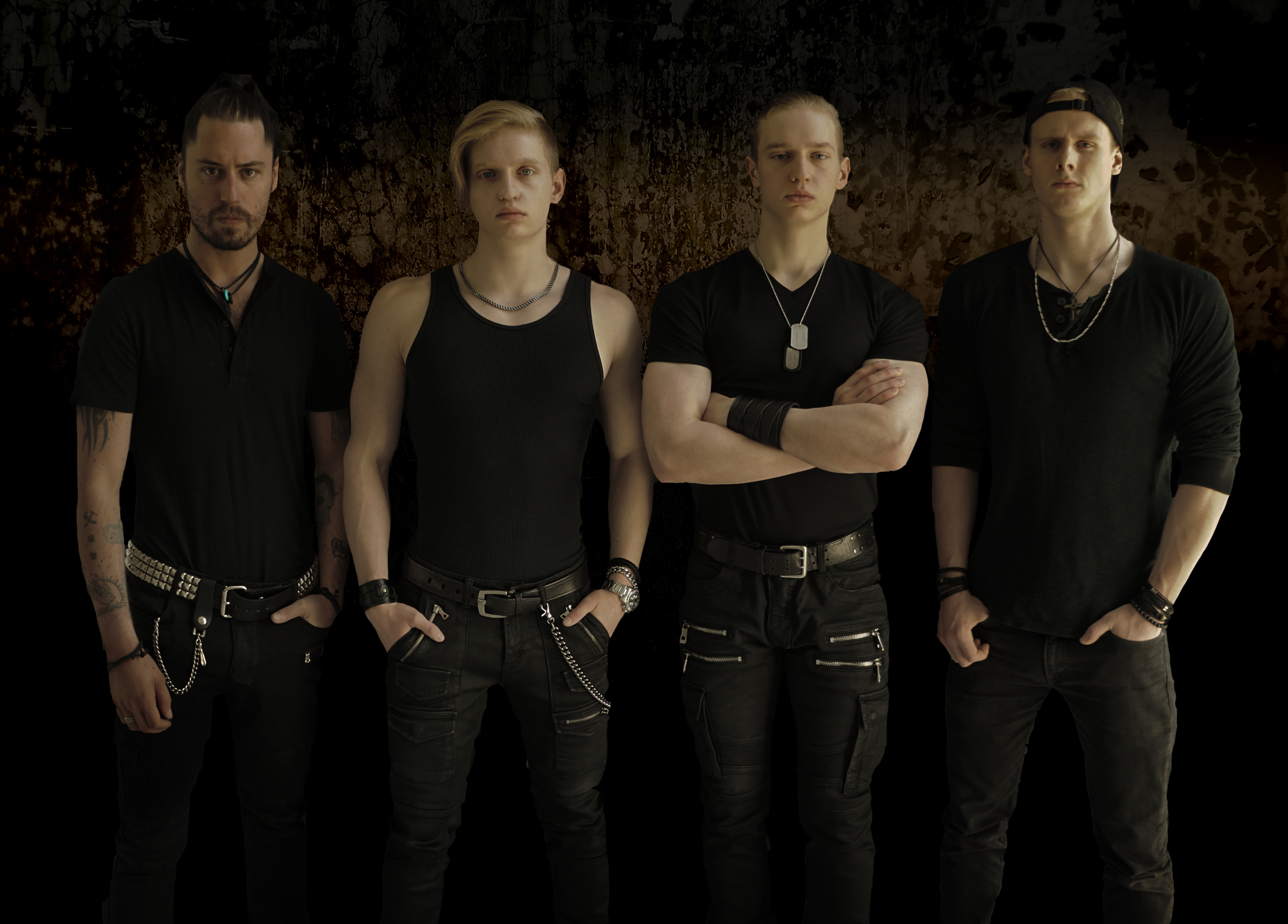