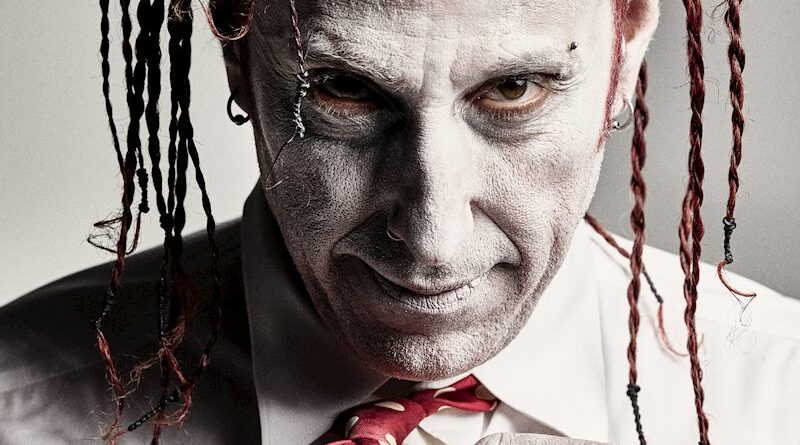 For many years, Sevendust drummer Morgan Rose had been jonesing to step out from behind his kit and put together a project of his own. Most artists do, drummers included. The difference with sticksmen is that most of them rarely get beyond the “wish” stage.

Enter COVID-19 and the months-long ensuing lockdown that has been 2020. With downtime on his hands and the dream still in his head, Rose went for it. The result was his first solo album, an E.P. dubbed “Controlled Chaos,” set to be released Nov. 27 on Rise Records. Lowery, himself, is no stranger to straying from the Sevendust creative path, having released his own solo album last January called “God Bless the Renegades.”

By all accounts, “Controlled Chaos” checks all the boxes one would expect. Is it heavy? Check. Are there a variety of vocals combinations, ranging from clean to “melt your face” guttural, to everything in between? Check. Does it sound like it was recorded in just 10 days? Hell no. Straight up, this is a professionally-created E.P., not one that was put together one someone’s basement.

Sonically, the sound is superb. Tracks like the opening salvo, “The Answer” and “Come Alive” bring the heaviness with enough strategically placed, stylistic undulations to keep things sounding fresh. Ironically, the album’s ethereal closer, “Exhale,” replete with its ongoing simplistic keyboard arrangement and accompanying harmonized vocals, works the best here. There’s a big dash of Pink Floyd on the track, seasoned with a slight pinch of Alice In Chains, and of course, a smidge of the lighter side of Sevendust DNA to boot, even if it’s ever so slight.

The drawback to solo albums is the overindulgence factor. Knowing when to stay “stop” is as important as knowing when to go. “Faster Man,” the longest of the six tracks here at a 6 minutes and 16 seconds, is a prime example. Sans a tempo switch, the track meanders through its clean verse/heavy chorus/clean verse transitions one too many times. At four-minutes and change, it would have been right on the money. As it is? Too much of the same. Unfortunately, the following track, “Clarity,” continues that same pace for the first minute but thankfully breaks away with a powerful, catchy chorus to bring things back to life again.

But don’t let a couple of lulls deter you. Although “Controlled Chaos” feels a little TOO controlled at times, it’s still worthy of a listen. Loudly. Rose has proven here that he has the ability to fly outside of familiar Sevendust territory and manage to find a landing spot that will likely be welcomed by fans of the aforementioned, and hopefully some new ones, too. A tip of the hat to Rose simply for providing new music for listeners to dig into. These are trying times, and God knows we’ll take every note we can get.