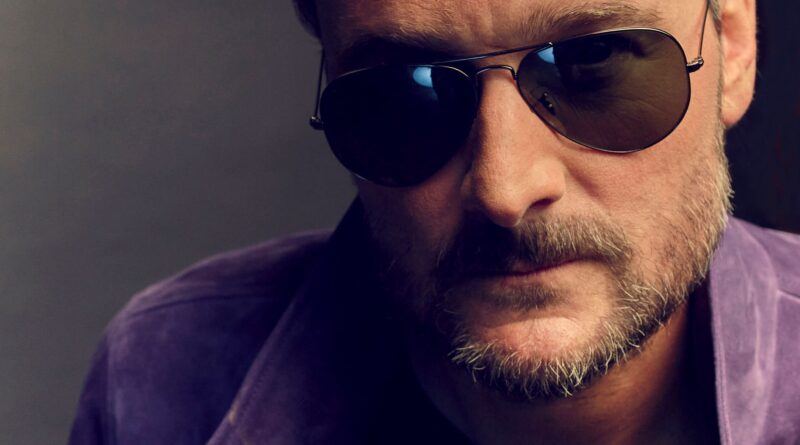 And in the end, it was the gospel of Church that brought them together.

For fans of county music superstar Eric Church, the highly anticipated Feb. 12 performance at Wells Fargo Arena was as much of an opportunity to exorcise some COVID-induced, shut-in demons as it was anything else. It was a chance to finally get together en masse to celebrate something. Anything.

And celebrate they did. Church, in town on his “Gather Again Tour” to promote his new triple album, “Heart and Soul,” reminded the more than 15,000+ in attendance that the proverbial light may indeed be at the end of the tunnel. During this first No. 1 single, “Drink In My Hand,” Church grabbed a small bottle of whiskey from an audience member, toasted the screaming thousands in attendance, then proceeded to pour half of the bottle’s contents in his mouth and the other half onto his shouting-to-the-heavens-with-joyous face in almost baptismal fashion.

Church, along with accompanying vocalist Joanna Cotton and razor-tight backing band, set the tone early, taking to the stage to Red Rider’s “Lunatic Fringe,” complete with lasers and and abundance of artificial smoke. It was as much a rock show as it was a gathering to celebrate country music.

The 2020 CMA Entertainer of the Year has chosen to perform in the round this tour, placing his band in the center of the stage, complete with catwalks that extend into the audience on two of the sides. It’s a risky move for most entertainers. People don’t pay to see an artists’ backsides. But, thanks to the help of four giant, 40-foot video screens hoisted above the audience — one on each of the stage’s four sides — and more importantly, Church’s expert, panther-like continuous movement, it worked. In spades.

Church opened with “Drowning Man,” sans his trademark ball cap. The shades were still there, though. Some things will likely never change.

Multiple cameras set up at varying points around the stage gave the audience unique and up close and personal perspectives of Church and his band, whether it was a viewpoint just off the snare drum, at the end of the keyboard or ultra-tight shots of the many items that were thrown onstage during the night from the audience.

“We’re going to sing, drink and be exorcising some demons from the last two years,” he told the audience before breaking into “That’s Damn Rock ’N Roll.”

Church and the band proceeded to crank out the group’s first song released to radio, 2006’s “How Bout You,” as well as “Carolina” and “Round Here Buzz.”

As if to fly the middle finger to social distancing and contactless edicts of recent years, Church was fearless in his interaction with the audience members throughout the night, continuously reaching out to give hand shakes and fist pumps.

During “Pledge Allegiance To the Hag” Church grabbed an Iowa flag from an audience member and wrapped it around his neck for the entirety of the song. No fear.

Church continued to preach his unique brand of harmonic gospel with “Hippie Radio,” “Knives of Orleans” “Stick That In Your Country Song,”“These Boots,” and staples “Mr. Misunderstood,” “Talladega” and “Give Me Back My Hometown.”

Church’s love for cannabis is no secret to his fans and country music contemporaries. Blake Shelton and Luke Bryan once referred to Church as “the Willie Nelson for the new-country generation” and compared the Chief’s dressing room to a cannabis dispensary. Church flies the flag with pride, as was evident during his raucous rendition of “Smoke a Little Smoke,” complete with a few bars of Black Sabbath’s “Sweet Leaf” rolled into it by his band.

Church, also known for his love of cover tunes, threw in a few of those to boot, too, giving Bruce Springsteen’s “Thunder Road” a lift, as well a “The Load Out (Jackson Brown) and Maurice Williams and the Zodiacs’ “Stay A Little Bit Longer,” complete with its recognizable falsetto chorus.

So for nearly three hours, all was well at The Well.

“We’re meant to be together” he shouted as he walked around in the front of the stage signing albums, boots and seemingly anything else fans could hand him. In a “Here, hold my glass” moment, Church even handed his microphone off to a more-than willing audience member to hold while he signed items and continued singing his chart-topping, tip-of-the-cap tune, “Springsteen.”

For those in attendance, the event was a joyous portal back to pre-COVID days two years ago before the world turned upside down. A time of no masks, no social distancing, and most importantly, no fear. And on this night, Church gave the crowd exactly what it longed for, and more importantly, a clear idea of what it needed to be: