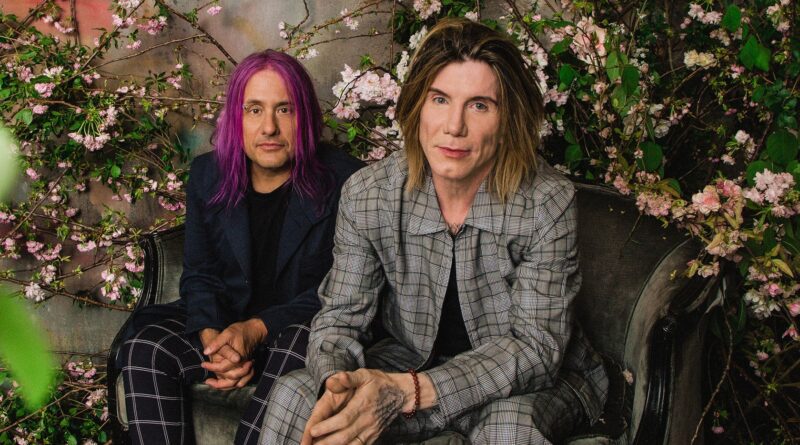 If there’s one thing that Goo Goo Dolls bassist Robby Takac and guitarist/vocalist John Rzeznik have learned over the course of the past two years it’s that nothing in this life should be taken for granted.

Despite the four-time Grammy Award winning band being anything but dormant in recent years with the release of a Christmas record accompanied by a pseudo-variety show with a livestream, and recording an album-and-a-half worth of new material, something — or someone — was missing: an audience. Naturally, then, a year or so ago when the doors began opening to play live once again, the Goo Goo Dolls were one of the first bands through it. They had to be. They needed it.

“Nothing can match that interaction you get with folks who are enjoying what you do,” Takac said in a recent interview with ListenIowa. “Absolutely nothing. There are parts of it that you don’t realize are so important to your life. John and I always had a relationship where we’d go about our lives, do our own thing, but know that we had shows to do together in a week or whatever it was. But then we were at home all the time and it kind of created a bit of a strain there at times. You’re used to moving around all the time. It was kind of freaky.”

Takac said playing and recording music was never something he took for granted. The band, he said, has always attempted to keep in mind how fortunate they are to be able to make a living making music. The pandemic-induced lockdown heightened that sense.

“I don’t think we have any idea right now what kind of an effect those couple of years had on our society yet,” he said. “It’s going to be interesting to take a look back at what happened in 20 years.”

With the lockdown in the rear view mirror, the band has been back to entertaining audiences across the globe. The long touring road in support of “”Chaos In Bloom” will  lead the Goo Goo Dolls to Stephens Auditorium in Ames this Sunday, Oct. 30.

“It’s been great, man,” Takac told ListenIowa of the reaction to the new collection of songs, both on the album and live in concert. “We sat at home for a year-and-a-half like everybody else did, and did a little spotty touring, which felt a little tentative and weird. Some places were wide open, some were masked up, and there wasn’t a lot of consistency. But this summer felt right. Everybody felt comfortable to be in the room, and it renewed in our minds how special it is to have a relationship like this, and travel around and play your songs.”

Earlier while they waited for things to return to a state of normalcy, the band holed up in the famous Dreamland Studios outside of Woodstock, New York to record “Chaos In Bloom,” a move that Takac said was exactly what the band needed.

“Outside a tick bite or two, it was a great, mellow place to be, which was perfect for the time and the year,” he said. “We hadn’t really done that since we were kids — just sat in a room and bashed out a bunch of songs.” The band chose to keep the production role in house, with Rzeznik playing double duty this time around.

“It was the position we were in at the time,” Takac said. “We couldn’t ask somebody to come out for four or five months. And we tend to burn people out anyway. I think we saw this as an opportunity. When you work with someone else, we’re just a small part of what they do. They’ve got other artists to work with, and other things to do. John likes to spend a lot of time on things and get nit-picky with stuff, so this gave us the chance to do a record the way we wanted to do it, rather than the way a producer was able to do it.”

Songs like “War,” and Rzeznik’s exploration of social inequalities on “Let the Sun” are classic Goo Goo Dolls. The uptempo “Yeah, I Like You,” explores celebrity in this quick-burn age of social media. Straight Goo Goo Dolls, with a twist here and there to let the listener know they are anything but a dinosaur riding the coattails of their successes of 30 years ago.

If anything, “Chaos In Bloom” the most true representation of Goo Goo Dolls ever.

“These songs were pure, coming straight from John,” Takac said. “With a lot of outside producers or writers, they brought a lot of things, but it was one or the other. I just feel like this record has a lot more of the purity of the process, again, like when we were kids and weren’t aware of what we were doing. I think it shows through on this record.”

Getting the new music through to audiences is a bit more of a challenge these days, Takac admits. Gone are the record stores, underground tape trading, and the mystique that came with it all.

“I think music’s just a little more expendable now,” he said. “It’s more a part of the process and a part of what’s going on instead of being the focus these days, but, it is what it is.”

On the flip side of that, he said, is the one thing that social media can do that other forms cannot: reach millions of people instantly. The recent resurgence of “Iris” thanks to a TikTok video is a prime example. Takac isn’t one to complain.